Kirin Ichiban – Beer at its purest 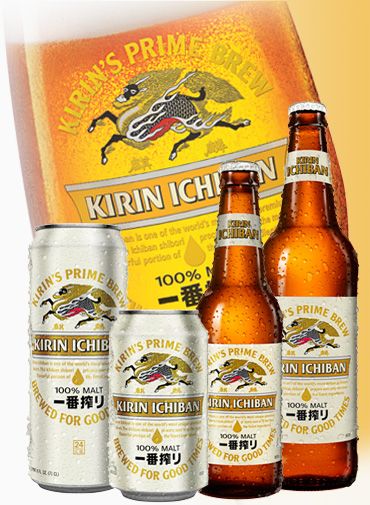 Kirin Ichiban is my favourite beer from Japan, ever since I visited the Kirin brewery in Yokohama and took the guided tour of the process of how it is made. I tasted the variety of Kirin beers on offer and Kirin Ichiban to this day is one of my favourite beers and I always make sure to purchase some when I go to the Japan Liquor shop.

In case you have never tried this beer here is what Kirin’s website has to say about their tasty product. It will make you thirsty!

Kirin Ichiban is brewed from only malt, hops and water. Unlike other beers, only the first press of the wort is used.
That’s why it’s called Ichiban – meaning “first” and “best” in Japanese.
“Ichiban Shibori” is a unique method of brewing beer at its purest from a single pure ingredient: 100% malt.
This one-and-only technique gives Kirin Ichiban a unique taste and flavor found nowhere else in the world. 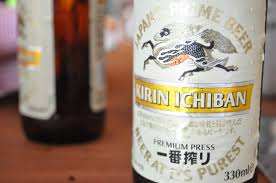 The flavour of beer brewed from 100% malt is usually described as strong and heavy.
But Kirin Ichiban, brewed only from the first press of the wort, is crisp yet maintains all the rich flavour of the malt.
And this makes Kirin Ichiban the perfect accompaniment to Japanese food – known for its subtle and delicate flavours – or any of the world’s other cuisines. 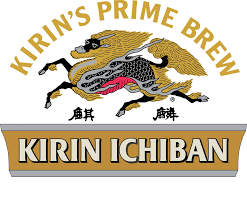 Kirin Ichiban symbolizes the philosophy and techniques of Japanese cuisine.
For example, “Ichiban Dashi” is a basic stock widely used in Japanese cooking. This is an extract of the most flavour-some elements of ingredients such as kelp and katsuobushi (dried and fermented bonito flakes), and it typifies the basic Japanese cooking technique of bringing out the pure taste of the ingredients. It also reflects one of the foundations of Japanese hospitality – offering guests the finest flavours of the freshest ingredients.
This same philosophy lies at the heart of Kirin Ichiban, the premium beer proudly offered from Japan to the world.

Next time you are in a Japanese restaurant ask if they stock Kirin Ichiban beer, The Kirin Lager Beer is also nice, or if not visit your local Japan Liquor store and taste it for yourself.