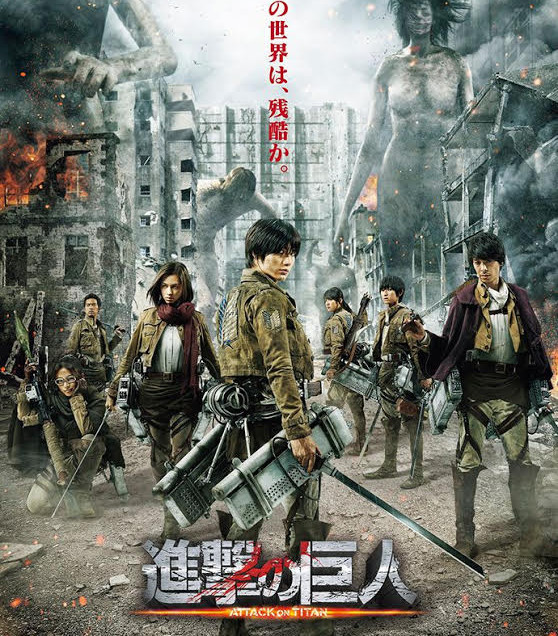 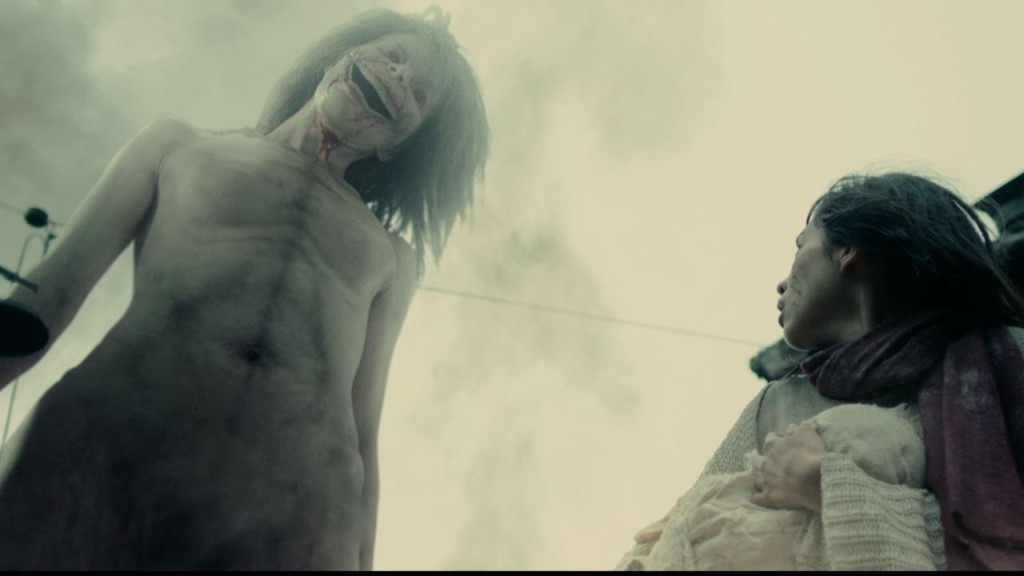 Finally! After months and months of waiting, anticipation and nervousness, ever since I finished watching the first season of the anime and reading all the manga, I have finally watched the live action movie, which was out on limited release in New Zealand!…….and I have a lot, and I mean a lot to say……

If you have been living under a rock or on a completely different planet the last couple of years you may not know of Shingeki no Kyojin or Attack on titan as it’s known in the west. If you haven’t seen or read it then I recommend you don’t read this article and go watch the anime or the movie version of the anime which compresses the story into a feature length movie and read the manga which is well past season two by now.

Or if you have read and watched but not seen the movie, then also I wouldn’t read this article. 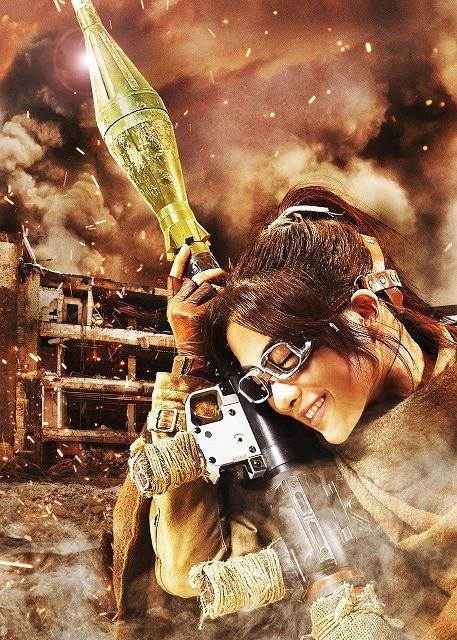 I really don’t know where to start so I suppose it makes sense to start from the beginning. Before I watched this I had avoided all reviews and comments online as I had a feeling it had been slated since its release in Japan. After watching the trailer and reading the previews I really wasn’t expecting it to be good at all so as a huge fan of the series I wanted to watch the movie with an open mind.

After 15 minutes I was actually fuming angry and wanted to walk out of the cinema, the beginning of this movie was shockingly bad! I knew they had changed the characters as to base the film in Japan (the anime/manga is based in Europe) and because they had used an all Japanese cast but the beginning with Eren, Mikasa and Armin was horrific, the worst character development and acting I have ever seen, I actually disliked the characters from the start, even though I love all three of them in the series! Especially Mikasa!!!! They turned her into a complete useless cry baby! In the series she is strong and tough n takes no shit from anyone, she is a bad-ass strong female character who is a natural born soldier. In this after the titans initially attack she changes but turns into someone who is manipulated by fake Levi (we will defiantly come back to that!) and looks like she is basically groomed by him to be his plaything, she still kicks ass but its not the same! Bad bad bad .

So from the off not a good start! Because of the bad casting and character development, I mean they miss out the whole training part which would of built the story better, in this movie version I actually wanted the titans to just kill everyone!

The one redeeming character was Hanji Zoe! She was exactly like the original character, crazy scientist with a good bit of humour thrown in, the actress played her really well! It seemed like the other actors had never seen the show.

Right onto something I liked before I continue my rant! Lets get onto the Titans themselves!

I really really liked them!!! The CGI wasn’t the best not being a Hollywood blockbuster budget, but I could see past that, they were hard core and pretty scary! The sound effects and moans were a nice addition which added to the horror! They also did some nasty deaths and blood splatters which is always good to see! The only bad one I’d say was the initial armoured titan at the start, the CGI and moans on that were pretty bad but we’ll let that one slide. As soon as the Titans appeared the cast began to all just use the same gormless half scared/half shocked expression, which continued throughout the whole movie. No Oscars lined up for the acting, that’s for sure haha! The action scenes were pretty good too, the last 20 minutes or so were non-stop action and when eren turned into a Titan n started knocking out Titans all over the place I got a little bit excited!

So the Titans and horror and Hanji and some of the action were pretty much all I liked!

Biggest rant of the day Time….fake Levi, why oh why oh why did they do this! I have read many reasons online about the thinking behind this and if true they should have just dropped the whole character. Instead they introduce this sleazebag guy who resembles Levi, but it is so not him. No fans will like this character as he is just a bad rip off of the most popular character from the show. And hands off Mikasa you prick! I will leave that there because I could go on and on about him and I need to move on.

They brought in a number of new characters who personally I didn’t care if they lived or died because I didn’t know anything about them as they were not introduced, I mean there was a fat guy with an axe??? What you going to do with that??? And apparently he must be strong because he actually did a judo throw on a titan! What the fuck! I don’t get it! Only the director knows!

That moves me on nicely to the director!

What a complete piece of shit! He should be banished from ever being involved in film again! Everything he did, he did wrong, from the soundtrack to the story to the changing of characters and casting. He has a lot to answer for from big fans of Attack on Titan. He got a lot wrong and even though I enjoyed watching, because of what it was, looking back, it was a horrible movie! Also final complaint of the day!!! Where was the opening theme song! I love that tune! Instead we were treated to a soundtrack that sounded like it was taken from a completely different moveie 40 years ago! Rubbish!

I waited and waited for this movie release and wasn’t expecting a top movie but what I witnessed was very disappointing, they should have put a lot more effort into this film as it has such a huge following, I think nearly all fans will be upset at this movie. I know they were forced into some changes but they executed them so wrong. They needed to add another 30 minutes at least to the run time top fit in the important character development. One of the best things about this series is the love for the characters and that was just not there in this version. The second instalment is due out in November and as a fan boy I will watch it as I feel it can’t be any worse than this!…..but we will see!  To sum it up in one word…….Disappointed.

This movie was good in parts but really bad at the same time. Non fans will be put off of the series after watching the movie. Roll on next year and season two of the Anime!!!