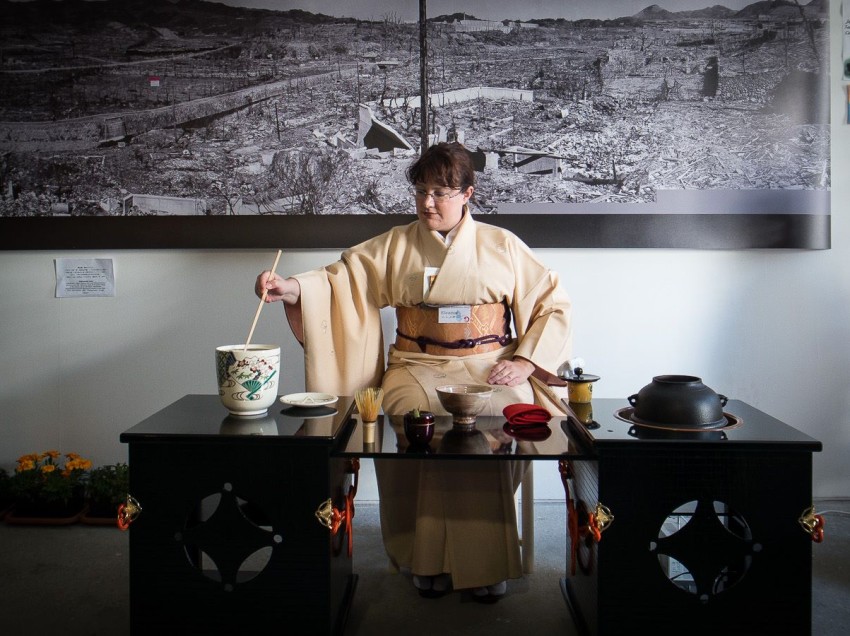 Eleanor teaches Japanese tea ceremony to local people at The Spreading Tree, while running her translation company, Kinsho, which means goldsmith in Japanese.

Eleanor, who grew up in Wales, got interested in Japan at high school and went on to study 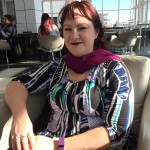 Japanese at Durham University. She spent her second year at Kumamoto University in Kyushu and became a CIR (Coordinator for International Relations) for Joetsu City in Niigata Prefecture under the JET Program after graduation. After two years she moved to Niigata City and worked for The Economic Research Institute for Northeast Asia for six years. She met her Russian husband who worked there. They decided to emigrate to New Zealand, partly because his brother was living there. 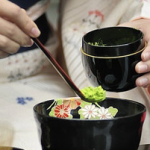 Eleanor joined the tea ceremony club held at Joetsu City Office and continued practicing in Niigata City, gaining various licenses from the school of Urasenke along the way. After she moved to New Zealand in 2006 she looked for a class to join, but there was no Urasenke practitioners in Auckland, though there were in Wellington and Christchurch. When Eleanor contacted the NZ-Japan Society of Auckland, Kumiko Imai-Duxfield suggested Eleanor be a teacher, rather than a student. She started the NZJS Aoteakai tea ceremony group, which initially met at Kumiko’s house in Greenlane, and now meets at The Spreading Tree in Mt. Eden on Wednesday evenings. 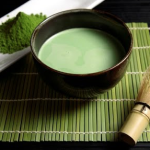 to enjoy matcha (green tea powder) and sweets. She wants her students not only to follow the rules and better their performance but to focus on the moment and to feel comfortable. I mentioned my struggle to sit on my knees when I belonged to the tea ceremony club at high school, and she says she doesn’t demand that her students kneel through the procedure, though she finds it easier to do so after practicing for an extended period. Eleanor is also president of the Urasenke Tankokai New Zealand Association and has organized classes by an Urasenke teacher from Brisbane in Auckland and Wellington.

Tea ceremony has aspects similar to mindfulness and meditation, but “It’s up to each student to find the meaning that it has for them.”