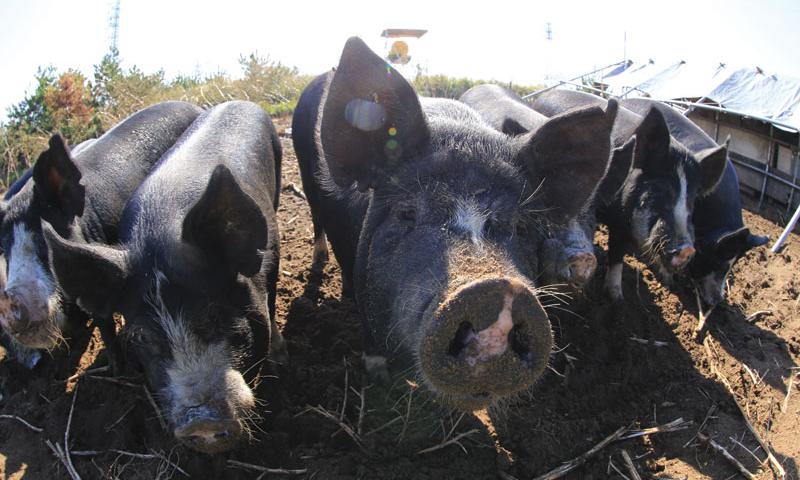 When I think of Okinawan cuisine, one food comes to mind above all others….PORK! There is pork everywhere in all cuts and cooked in an abundance of yummy dishes. It is said that Okinawans eat every part of the pig apart from its squeal and I can say from experience this is probably true.

Pork is an essential ingredient for local Okinawans and is included in many home cooked meals due to its richness in vitamin B1 which is said to be highly effective in relieving fatigue. In order to get by in the areas hot climate, pork is an indispensable ingredient in the daily lives of Okinawans, whose dietary habits are believed to be associated with their extraordinary longevity. It’s said to be pork that helps the hardworking Okinawans always feel healthy and full of energy. 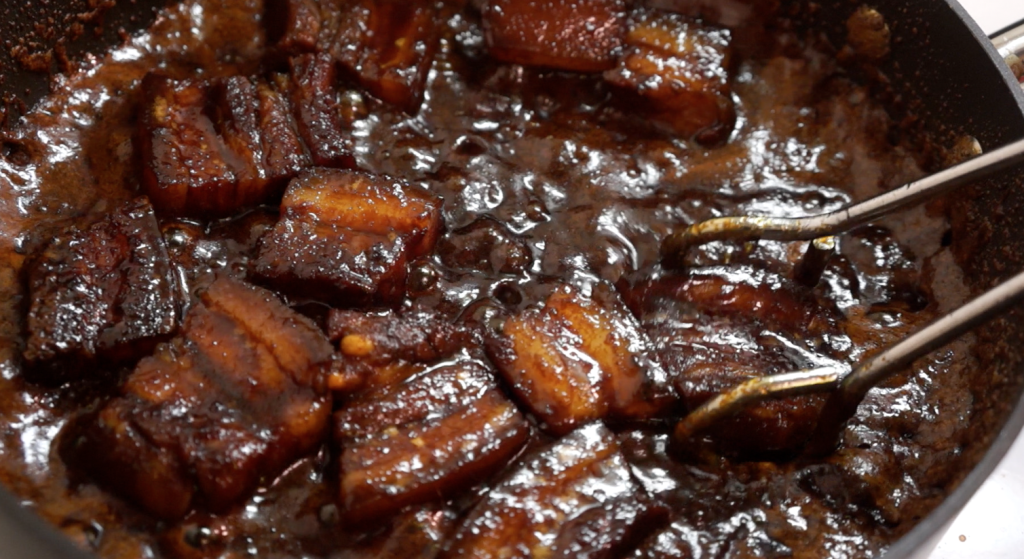 As mentioned above, just about every part of the pig is used for food in Okinawa including the face, feet, stomach and even the tongue and ears. Some of the best and local favourite dishes include….. Rafute, a slowly braised pork belly in a mixture of brown sugar, soy sauce and awamori until fork-tender, which is very tasty!  Salted pork belly locally known as suchika. Thin slices of pig’s ear called mimiga and tebichi, or simmered pig’s feet, are some of the most widely enjoyed pork dishes in Okinawa. 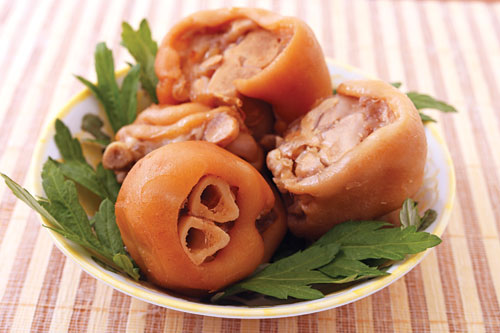 Others include, Mirudaru which is sliced pork marinated in black sesame paste, sugar and soy sauce, then steamed, and this is the dish that best represent Ryukyuan palace cuisine. In addition, inamudouchi, which is a type of miso soup with pork and vegetables, or belly soup with pork tripe is prepared for special occasions.

If you want to try something extra special you should go for Aguu, Okinawa’s premium pork. Aguu is a high-grade local breed of pig originally bred from a native pig of the same name that has inhabited the island since the time of the Ryukyu Kingdom.

These pigs provide a very succulent meat. It is rich in umami and is marbled much like the better known beef of the similar name Wagyu beef. It melts in the mouth and is probably the best thing I ate on my visit to Okinawa.