If you visit Japan in winter and find it too cold, why don’t you fly to Okinawa Islands and enjoy the weekend? The islands are situated between the main islands of Japan and Taiwan, and the climate is tropical. Travel agents sell a package of return flights and two nights’ stay for ￥25,000 to￥ 30,000. It takes between two to three hours depending on the winds. 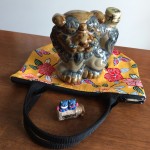 Have you seen the original movie Karate Kid? Karate was originated in Okinawa. Okinawa is unique in its culture and language. Influenced by Ming Dynasty in China, it was an independent kingdom thriving by trade. Feudal Japan invaded it in the 17th century. There was a debate on the origin of its languages, some of which are incomprehensive to mainland Japanese, but now it is agreed it is a dialect of Japanese. After the Second World War it was occupied by the United States and it was returned to Japan in 1972. Because of American influence, beef steaks are readily available at reasonable prices.

Its music is distinctly different, such as melodies of folk music and

sanshin, a musical instrument. You can visit eateries where you can enjoy the music, while drinking local spirit, Awamori. The architecture is unique, represented by the famous Shurei gate in Naha. Bingata, local colourful textile prints, is a great light weight souvenir.

Okinawa is one of the five regions in the world famous for its long living citizens. Just relax on the beaches and soak up the sun. 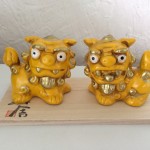