The Biggest and Luckiest Buddha in the World? – Fukuoka Nanzoin Temple 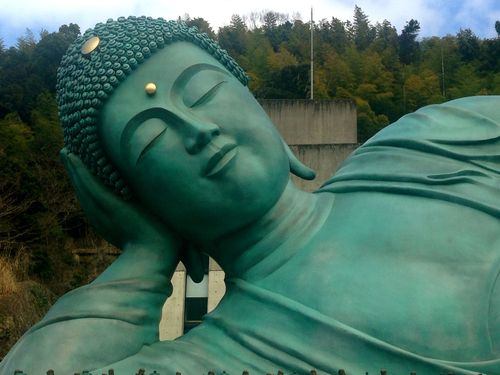 Did you know there is the world’s biggest bronze statue in Fukuoka?

The Reclining Buddha’s dimensions are impressive, 41 meters in length, 11 meters in height, and weighing in at 300 tons (about the weight of a jumbo jet). 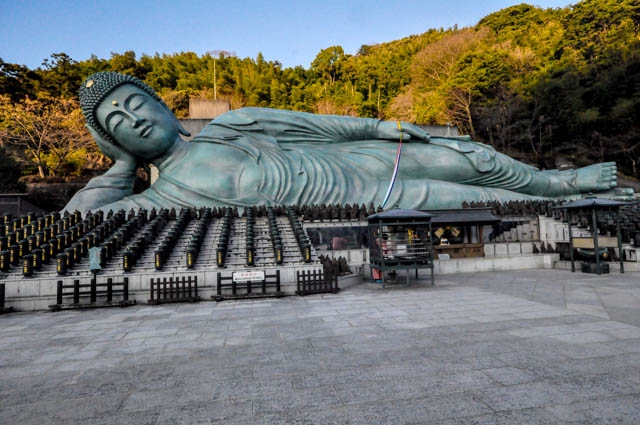 Entrance to the temple is free although there is a 500 yen charge to enter the prayer room underneath the Nehanzo Buddha.

1000 yen amulets are sold there, with a lottery scratch. Why?

We should say or not it’s inevitable, surprisingly the head priest of the Nanzoin had won the lottery 130,000,000 yen (NZ$ 1.7 millions) after laying his ticket next to a statue of Daikoku.

The temple claims that others who have made a similar effort have also won the lottery, bringing the temple associations with luck and lottery tickets.

Today, the temple and its surrounding grounds receive more than 1 million visitors annually.

It is not easy for people to remove Kleshas (desires), Mr. Budha…!