10 Facts you may enjoy about ‘Spirited Away’

Its over 15 years since Studio Ghibli released Hayao Miyazaki’s ‘Spirited Away’ was released in the United States, here are some interesting facts that you may not know about the movie. 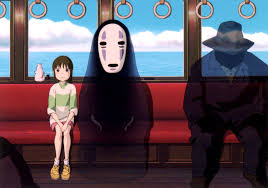 1 This is the first ever movie to earn US$200 million grosses before actually opening in the USA.

2 In the original Japanese language version of the movie, actress Yasuko Sawaguchi did the voice of Chihiro’s mother talking while eating, while eating a piece of KFC to get the desired affect!

3 It is the first Anime movie to be nominated and win and Academy Award (Oscar) in 2003.

4 Miyazaki wrote, directed and drew the storyboards for the movie. He essentially wrote the movie with drawings. The film is his own work and vision. 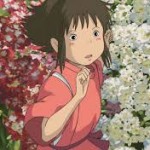 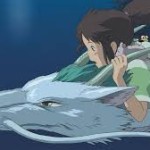 5 Production of the movie started without a script and just developed as he went just using pre written plot and character development ideas.

6 The river spirit was inspired by a real life experience in Miyazaki’s life when he participated in the cleaning of a river removing, among other things, a bicycle.

7 Miyazaki often uses scenes of inaction in his movies, he refers to these moments as ‘ma’ which means ‘emptiness’ in Japanese. 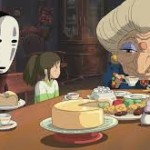 9 The movie earned 30.4 billion yen, making it the highest grossing film in Japanese history, overtaking Titanic at the box office. The record has yet to be broken, but some expect Frozen to be a strong contender.

10 You can visit the setting for the movie in real life! The packed streets and elaborate bathhouse of the movie can thank downtown Juifen in Taiwan for its beautiful design. Here you can find familiar sights and sounds that resemble the bustling spirit town. Miyazaki is said to have visited a popular teahouse while staying there that showed up in the movie as the bathhouse.