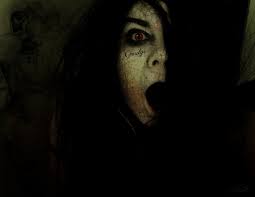 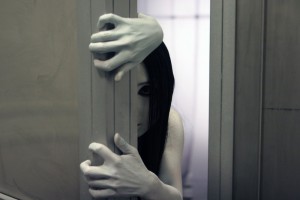 Ju-on: The Grudge is the third movie in a Japanese horror movie franchise that was created by Takashi Okina in the late 90s. Released in 2003, The Grudge was preceded by two low budget films and the storyline is continued in this movie, the most famous of the series. This movie was later re-made in Hollywood for western audiences in 2004 (but the original is far scarier).

The story follows a volunteer social worker called Rika Nishina (played by Megumi Okina) who is assigned to look after a lady in a house in Tokyo where a dark past, involving murder causes a curse to be put on the house and whoever enters. According to the movie, when a person dies with a deep and powerful rage, a curse is born. The curse gathers where the person has died and repeats itself killing anyone who encounters it in the same way, continuing on and on.

The ghost boy and the sound he makes are particularly scary! If you have not seen this movie be sure to not watch alone in the dark! And check under your bed before you go to sleep! Defiantly worth a look if you’re into good Asian horror movies! The Japanese seem to do scary very well! 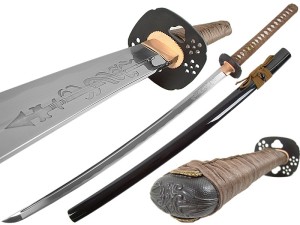 Katana is traditionally the sword used by the Samurai in the days of feudal. Weighing between 1.1kg-1.3kg and approximately 60-73cm in length these beautifully crafted swords feature a long, two handed hilt or grip and a slim, curved, single edged blade. The earliest examples date back as far as the year 1185.

The way the sword was warn and the style of using allowed the Samurai to draw and strike with the blade in one fast single motion. It has been said by Western historians that the Katana were among the finest cutting weapons in world military history.

The swords are traditionally made using a specialized steel called Tamahagane, which is created from a smelting process creating many layered steels. The smith then folds and welds over and over to work out the impurities to create a strong blade. The swords often feature elaborate and beautiful designs on both the blade and hilt. Many replica swords are available to purchase as display items but the workmanship and quality doesn’t compare with the time and effort put in by the master swordsmiths to create a real Katana. 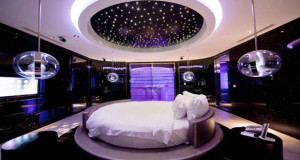 Love hotels in Japan are big business, there are over 37,000 nationwide and it’s a booming $50billion per year industry! They are basically short stay accommodation that can be rented by the hour or nightly by anyone from amorous young couples, to married couples to bosses with their mistresses! It is estimated that 1.4million people (2% of the population) visit a love hotel every day in Japan.

The hotels often feature themed rooms which cater for almost any taste. They can be anything from space ship themed to Hello Kitty themed through to dungeons! Depending what you’re into! The more upmarket luxurious ones even feature things like Hot-Tubs and mood lighting.

They are not brothels but just a space where play, fantasy or just some privacy can be found. People even just use for dressing up and role play or even just to be alone and rest.

Coming soon M through to O………