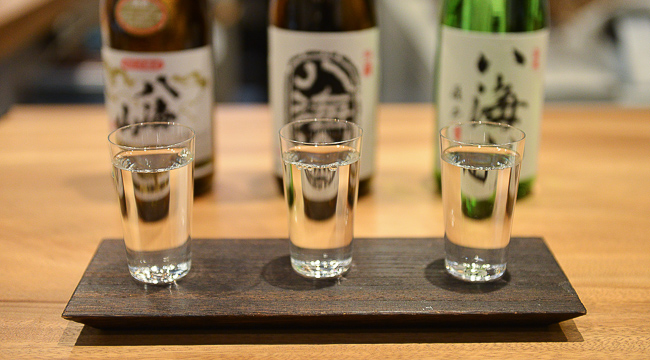 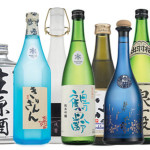 Sake is a Japanese rice wine made by fermenting rice that has been polished to remove the bran. Unlike wine, in which alcohol (ethanol) is produced by fermenting sugar that is naturally present in grapes, sake is produced by a brewing process more like that of beer, where the starch is converted into sugars, before being converted to alcohol.

In Japan, where it is the national beverage, sake is often served with special ceremony – gently warmed in a small earthenware or porcelain bottle called a tokkuri, and sipped from a small porcelain cup called a sakazuki. When one rejects an offer of sake, you are insulting the person by implying that they are beneath you. 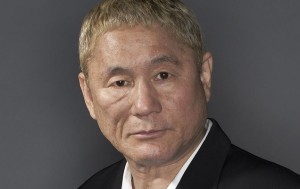 Takeshi Kitano (born 18 January 1947) is a Japanese comedian, television personality, director, actor, author, and screenwriter. While he is known primarily as a comedian and TV host in his native Japan, abroad he is known mainly for his film work.

He has received critical acclaim for his idiosyncratic cinematic work, winning numerous awards with Japanese film critic Nagaharu Yodogawa having once dubbed him “the true successor” to influential filmmaker Akira Kurosawa. Many of Kitano’s films are dramas about yakuza gangsters or the police. Described by critics as using an acting style that is highly deadpan or a camera style that approaches near-stasis, Kitano often uses long takes where little appears to be happening, or editing that cuts immediately to the aftermath of an event. Many of his films express a bleak or nihilistic philosophy, but they are also filled with humour and affection for their characters.

His most popular movies in the West are probably Battle Royale and Outrage. He is currently set to appear in the new adaptation of Ghost in the Shell due to be released next year

Unagi is the Japanese word for freshwater eel. It is a common ingredient in Japanese cooking and is commonly served with rice in a Unadon with tare sauce. There are many specialist Unagi restaurants in Japan but Lake Hamana in Hamamatsu City (Shizuoka) is considered the home of Unagi. It even has its own special day when it is eaten, the midsummer day of the Ox.

Eating eel may not appeal to some western people but I have tried a number of times and it is very tasty especially served with the sauce and rice. Give it a go you may like it! It is defiantly recommended.