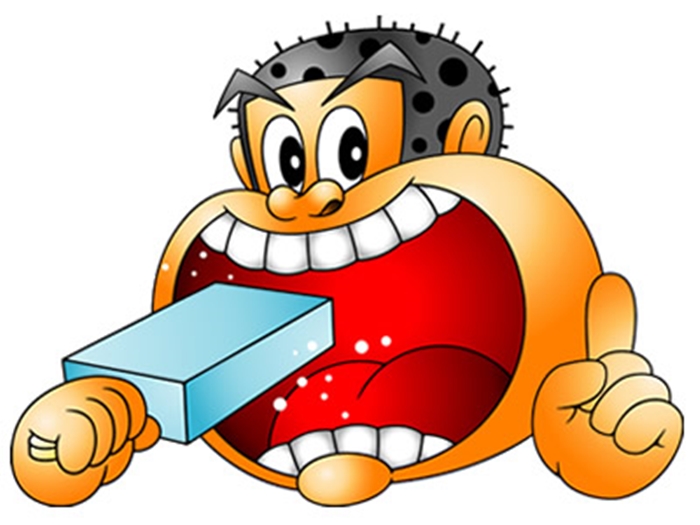 Gari Gari Kun are a line of tasty popsicles made by Akagi Nyugyo that are filled with kakigori shaved ice that were first released in Japan way back in the early 1980s. The name refers to the product mascot, a kid with a usually large mouth and the words ‘Gari, Gari’ are derived from the sound of crushing small bits of ice with your teeth. Gari Gari Kun are usually amongst the cheapest products in the ice cream section of supermarkets and convenience stores in Japan. The mascot was originally illustrated to look poor to highlight the product’s cheap price.

Sales of Gari Gari Kun exceed 200 million bars a year making it one of Japan’s most popular snacks.

The classic flavour of Gari Gari Kun is Soda but the other most popular flavours include, Cola, Lemonade, Grapefruit and Strawberry. Around 80 flavours have been launched over the years, mostly on a limited basis, these include some very outlandish flavours such as Cream Puff and also more bizarrely Spaghetti flavour, Potato Stew and even Napolitan flavours (known as the trilogy of shock), released after the company got a bit creative crazy after the surprise success of their Corn flavoured popsicle. 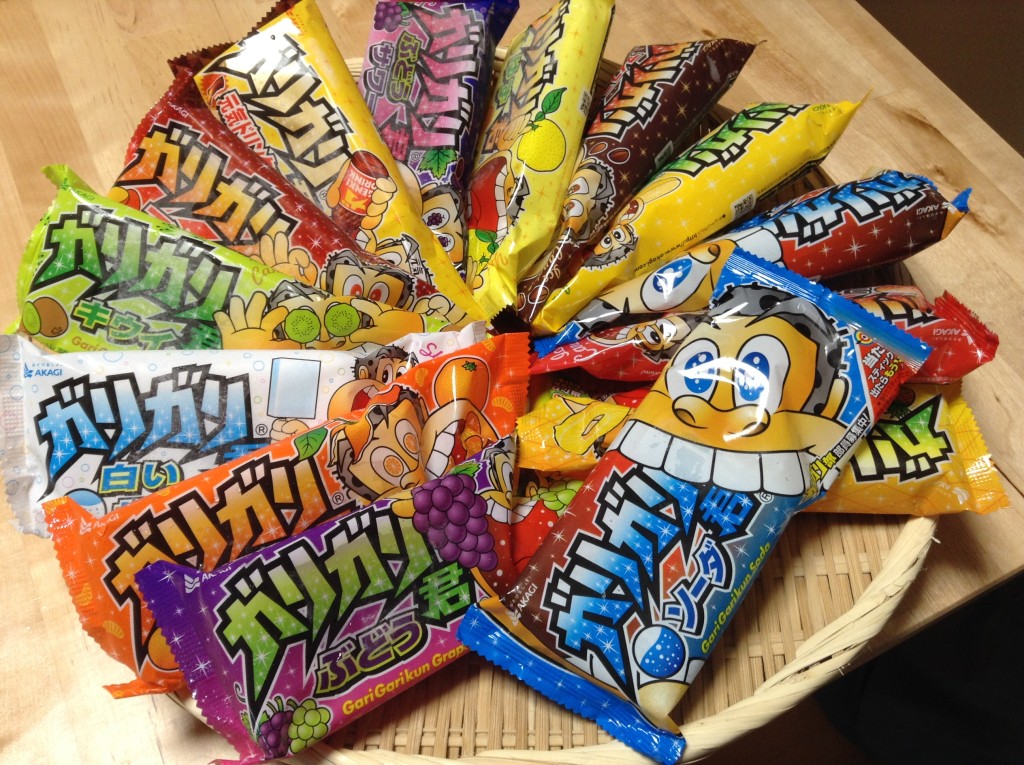 Their latest flavour just released is ‘Rare Cheese’ flavour, or to the western world ‘Unbaked Cream Cheese”. Which from looking at and reading about looks surprisingly nice. It comes at the mere cost of just 130Yen so got to be worth a look if you happen to be in Japan anytime soon.