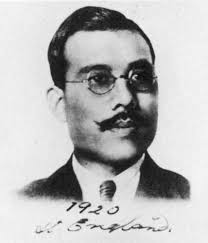 Masataka Taketsuru was born in 1894 into a sake making family living in the coastal town of Takehara, not far from Hiroshima. His family’s brewery had been around since 1733 and he was taught from early on as a young boy the painstaking fine art of creating fine sake.

In 1918, as a young man he embarked on a long journey to the distant shores of Scotland to study and train as a chemist to carry on and improve his family trade and business. However it was in this foreign land that the love of whisky and the whisky making process which captivated the young Masataka’s imagination and he soon decided to dedicate his life to this foreign beverage. 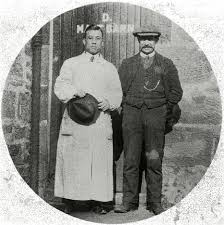 Masataka enrolled at the University of Glasgow and became the first Japanese ever to study the art of whisky making. He took an organic chemistry courses at the university while he also apprenticed at distilleries, starting at Longmorn distillery in Strathspey, then moving to James Calder & Co Bo’ness distillery in the lowlands learning first-hand from craftsmen and receiving training as a blender. Masataka would later become known as a master blender.

In January 1920 he married his partner a Scottish lady, Jessie Roberta ‘Rita’ Cowan who was from a family of doctors, they met after Rita’s sister asked Masakata to teach their younger brother judo. Despite opposition from both of their families they married in a simple ceremony and lived In Campbeltown, Scotland where Masataka completed his final apprenticeship at Hazelburn distillery. Later that year they moved to Japan initially living in Osaka. 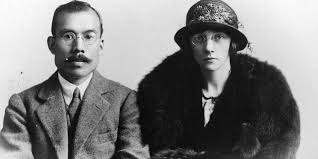 From here on Masataka would strive to achieve his vision of creating world class whiskey in his native Japan. He joined Kotobukiya, who would later become Suntory, and together they created the first Japanese whiskey, however an unsatisfied Masataka knew it could be better and he wanted to create the taste and quality that he remembered from his experience and days in Scotland.

He knew that to produce the best possible whiskey it needed the right environment and he knew he had to leave Kotobukiya and go on his independent and try to achieve the perfect whiskey on his own.

Thus in 1934 Masataka established Nikka Whiskey, building its first distillery in Yoichi, on the northern island of Hokkaido. Although really inconveniently located he had always considered this area to be the perfect site in Japan for whisky making, it was a very similar environment to the Scottish town where he had done his studies and apprenticeships.

Masataka established Nikka because he was determined to introduce his fellow Japanese to the joys of authentic whisky. In the decades since, as his company developed and the enjoyment of whisky became a fixture in Japan, he remained relentlessly passionate about quality. Never did he allow it to be sacrificed in favor of efficiency.

Rita, the young Scotswoman who, in 1920, embarked with her husband on a long voyage to Japan, adopted and adapted to the ways of the distant land and supported her husband the whole way on his journey as he built Nikka Whisky and made it flourish all the way until her passing after ill health in 1961. Masataka would later pass in 1979 at the grand age of 89 and could look back on his life knowing he had achieved his life’s dream.

Rita and Masataka Taketsuru are buried together, in Yoichi. 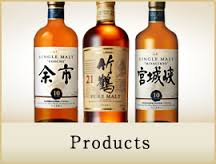 To this day the company produces some of the world’s best whiskeys and wins awards and some of the highest accolades on a yearly basis even beating entries from Scotland.