“Sakura Fifteen” the women’s Japan national rugby team of 15 players system played at the Women’s Rugby World Cup 2017 held in Ireland from August 9th to 26th. They finished the tournament in 11th place.

The amazing thing is that SH (Scrum Half) Moe Tsukui, 17 year old high school student, which is the youngest player in the all 12 teams, won “9” in DREAM TEAM. Among the hard schedule of the World Cup fighting five games in three days, Moe’s ball skills and stamina released from the 152cm body were outstanding compared with overseas SH players. 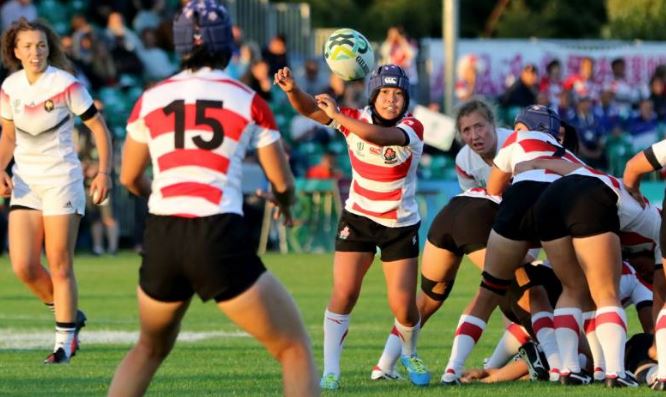 Moe started Rugby at 5, influenced by her brother also playing Rugby in Gunma prefecture. Her position has been SH since then, and played in the Men’s strongest Rugby team at The second high school Tokyo university of Agriculture. She also came to New Zealand to lean Rugby.