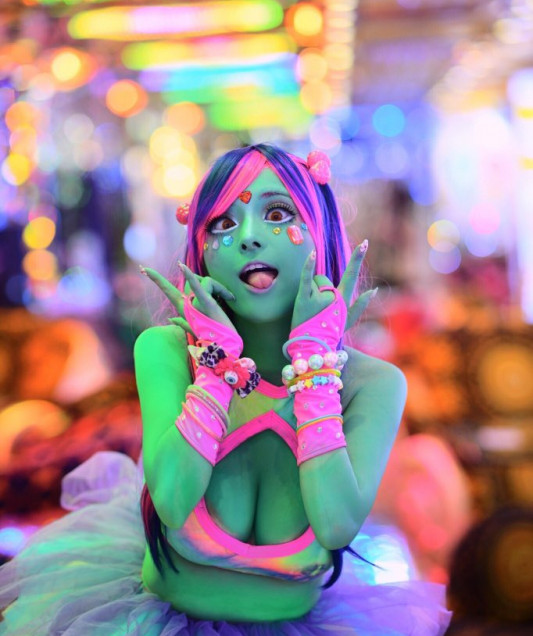 In 90’s, Japan was filled with many “GAL” who wears colorful clothing with a dark tan and contrasting make-up. The trend were very powerful but it is said to be disappearing after 2000 when young people shifted to like bright white skins.

After 17 years, now, the trend comes back! With much more eccentric ways! 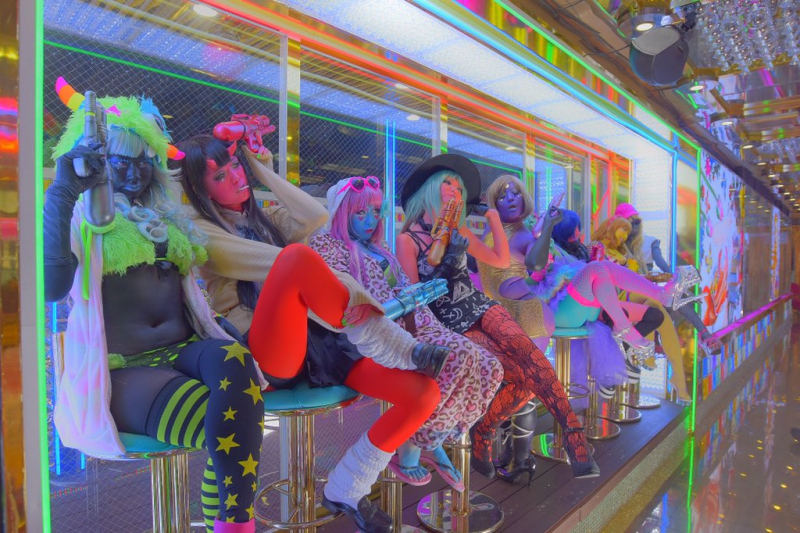 The team is called “Ishoku-hada Gal” and its leader is Miyako. She started to transform “Ishoku-Hada Gal” as she admired “Gal” when she was a little girl and also likes anime cosplayers with vivid colored skins. So it is like a mixture of 90’s Gal culture and Marvell comics characters. The creativity and performances are very Japanese. No doubt. The full makeup takes about 3 hours but they enjoy entertaining people and the reactions from the world.