Following their popular cola flavoured chips that were available for limited release as prizes in their game centres, Namco have now taken it a step further by announcing they are set to release potato chip flavoured cola!!! 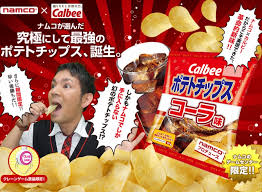 They say that the idea behind it is to recreate the taste you get while you eat a packet of chips while swigging down your cola, basically two for the price of one! With no chewing involved!

I have seen some unusual food and beverage ideas come out of Japan but this is certainly the most out there item I have heard of! It could be genius or could just be very strange! 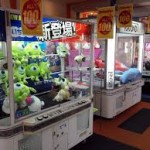 The drink will be available only as a prize at Namco game centres around Japan starting on March 18, so you’ll need some mean skills on the ufo catching and crane machines to be able to try it. Or if you don’t have the skills a lot of luck…..and coins!