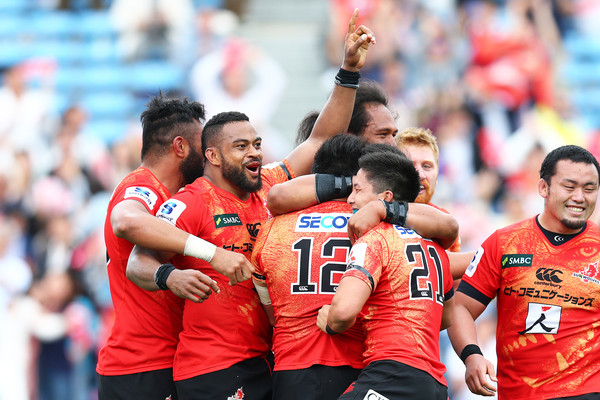 After their last round 92-17 humiliation at the hands of South Africa’s Cheetahs, where they conceded 14 tries, the Sunwolves have finally recorded their first victory of their maiden Super Rugby season!

They ran out 36-28 victors at home in Tokyo against the Jaguares from Argentina, (who are also in their debut season) with Samoan flyhalf Tusi Pisi kicking 18 points and coming back from 18-13 down at the half time break. Adding to the points were tries from Yasutaka Sasakura, Derek Carpenter and Harumichi Tatekawa.

In a close fought battle where both teams were playing after picking up a lot of air miles in away games the last few rounds the Sunwolves got the edge in the final 10 minutes when awarded a 5 meter scrum from which Pisi passed to Tatekawa to score the winning try which Pisi then converted. 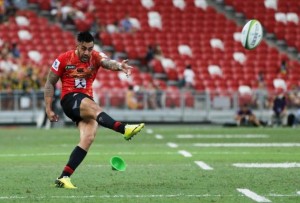 The victory will be a great relief for the team as many have been doubting them being in the tournament since the start of the season and if they have what it takes to compete and especially after the near record defeat last round this will defiantly ease the pressure if only for a while.

Hopefully this will give the team and the nation some hope and belief to push forward and prove to the rest of the rugby world that they can compete at this high level.