The Legend of the Kappa 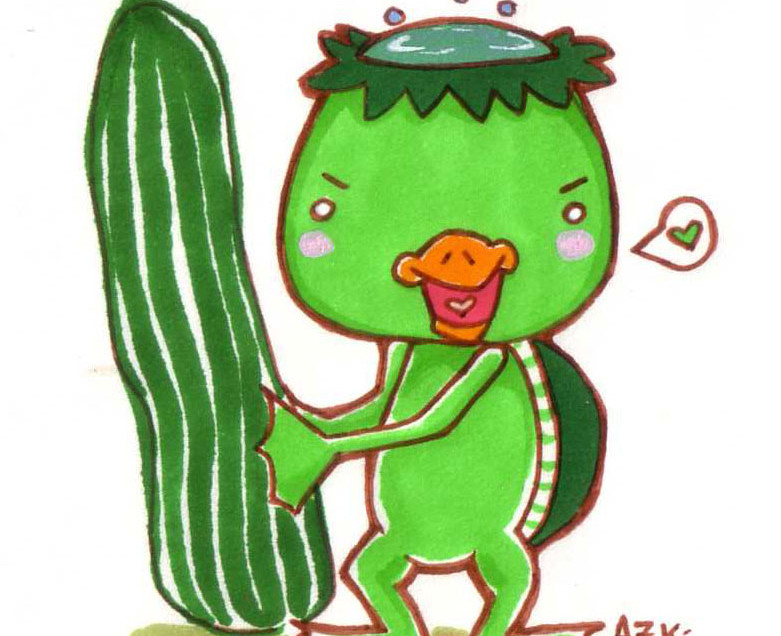 Kappa are Japanese flesh-eating water imps who live in rivers, lakes, ponds, and other watery realms. They smell like fish and are generally portrayed with the body of a tortoise, ape-like head, scaly limbs, long hair circling the skull, webbed feet and hands, and yellow-green skin. They are often depicted with a tortoise shell attached to their backs. Some say they can change colour like the chameleon. They abhor metal objects and loud noises (cannon fire, gunfire, etc.) and they have a great fondness for cucumbers and Sumo wrestling!

The defining characteristic of the Kappa is the hollow cavity atop its head. This saucer-like depression holds a strength-giving fluid. Should you chance upon the quarrelsome Kappa, please remember to bow deeply. If the courteous Kappa bows in return, it will spill its strength-giving water, making it feeble, and forcing it to return to its water kingdom or face being beaten in combat.

About the size of a child aged 6 to 10, the Kappa is nonetheless incredibly strong. It attacks horses, cattle, and humans, usually dragging its prey into the water.

Kappa are mostly evil, but not always. When benevolent, the Kappa is supposedly a skilled teacher in the art of bone setting and other medical skills. In the real world of medicine, the term “kappa” refers to a monoclonal plasma cell related to bone marrow. In addition, the Kappa is always portrayed as trustworthy despite its many evil ways. When beaten or captured and forced to promise never again to harm anyone, the kappa always keeps its promise. Kappa often help or mentor those who outwit them or capture them. 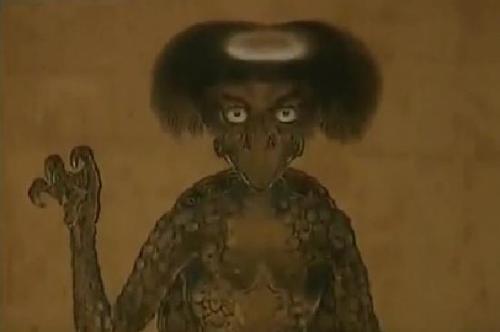 The kappa in modern times has become primarily a commercial icon on both a regional and national scale. The kappa, with its roots in the natural environment and its long history of agricultural involvement, became the perfect symbol for the promotion of the countryside as a domestic tourist destination for the urban dweller seeking “nostalgic confirmation of the cultural landscape.”

Cute Kappa’s will often be seen on signs around waterways and rivers warning of the hazards and dangers of messing around near water.