The moment I entered the hallway to the shop, from the sign on the main street of Parnell, fragrance filled the air. Azusa YANO owns and runs a shop that sells handmade soap and skincare products. 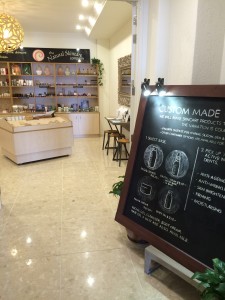 Azusa was born and brought up in Kumamoto Prefecture in Kyushu. She was studying to be a licensed tax accountant after graduating from university, but suffered from ill-health due to a stressful life. To realise her dream of living overseas, both her husband and she quit their jobs and moved to New Zealand in 1999. When I asked her why they chose New Zealand, she pointed out that she had a good image of Auckland as the city of sails. She likes yachts and watched America’s Cup in Japan, and they actually went to see it on one of the spectator boats when it was held in Auckland, though she felt quite seasick.

Azusa loved washing and soaps, and started to make handmade soaps. After selling them online, she realized that there was enough demand to start a business. The shop was named Ringa ringa soap, meaning ‘hand’ in Maori. She also started to study handmade cosmetics, herbal teas and flower essences. She is a qualified New Zealand flower essence practitioner. 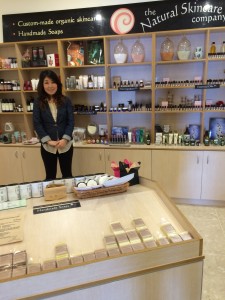 The company sells its products mainly online. Besides running the shop in Parnell, she wrote a book, contributed articles in various magazines and appeared on TV programs both in Japan and New Zealand. As the business expanded, her husband decided to join it as the president. They employ 10 staff for making and marketing their products.

Azusa would like to focus on ‘healing’ products from now on. She suggests flower essence that really works for customers so they can feel ‘a little bit more positive’. She wants to invite Japanese customers to come to New Zealand and walk in the woods as part of the healing process. “I would like to make their life easier and more enjoyable.” 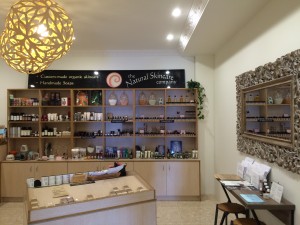 She has two daughters, 6- and 1-year-old, and a dog named Kurosawa-kun (named after the famous Japanese movie director) that is a rare Retradoole. “New Zealand is a great place for children and dogs. We can walk and play in the nearby parks. They are not busy, especially in the mornings.”