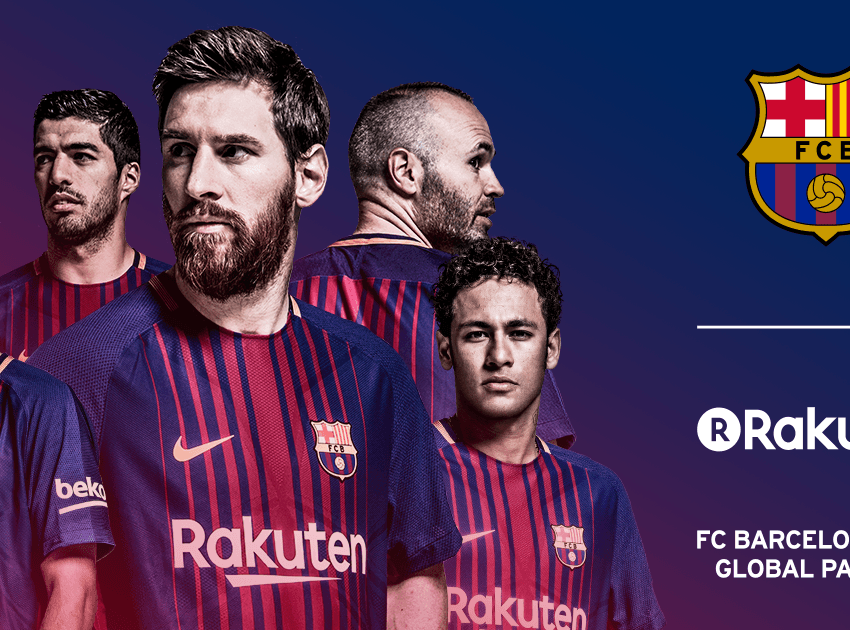 At the end of last year it was announced that Spanish footballing giants Barcelona has struck a deal worth an estimated $60mllion(US) a year with Rakuten to sponsor their Jerseys for the next 4 years.

“This agreement puts us at the forefront of sports club sponsorships, which has always been an objective for the current board of directors,” said the Barcelona president Josep Maria Bartomeu.

He added that negotiations began in 2015 at a dinner in San Francisco organised by defender Gerard Pique, who is a friend of Hiroshi Mikitani, the chairman and chief executive of Rakuten. 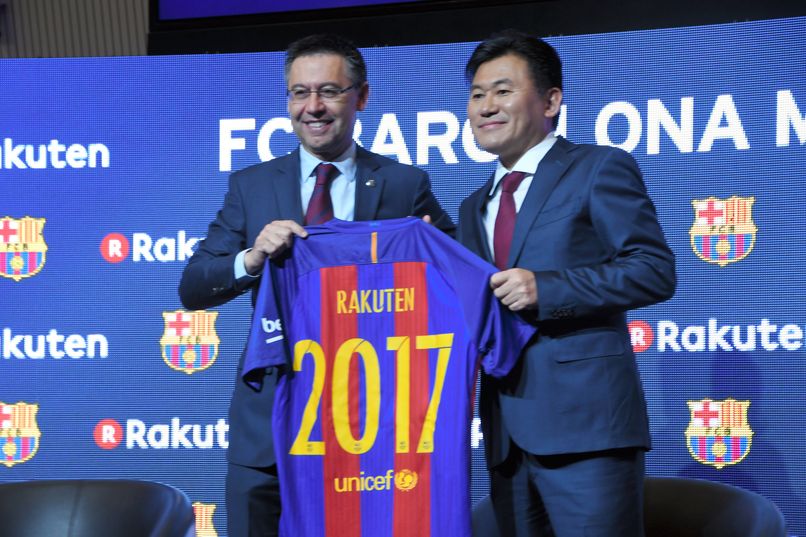 Rakuten is Japan’s biggest e-commerce firm and employs more than 13,000 staff in Japan, with a turnover of nearly £15bn in the first nine months of 2016

The deal took effect on July 1 but hundreds gathered at the firm’s Rakuten Crimson House headquarters in Tokyo to greet a Barcelona delegation that included five-time world player of the year Lionel Messi and Brazilian superstar Neymar.

“I’m excited to be able to start this partnership and we want to take the two titles — La Liga and the Champions League,” said Rakuten CEO Hiroshi Mikitani. “This is a very special team and a special opportunity.”