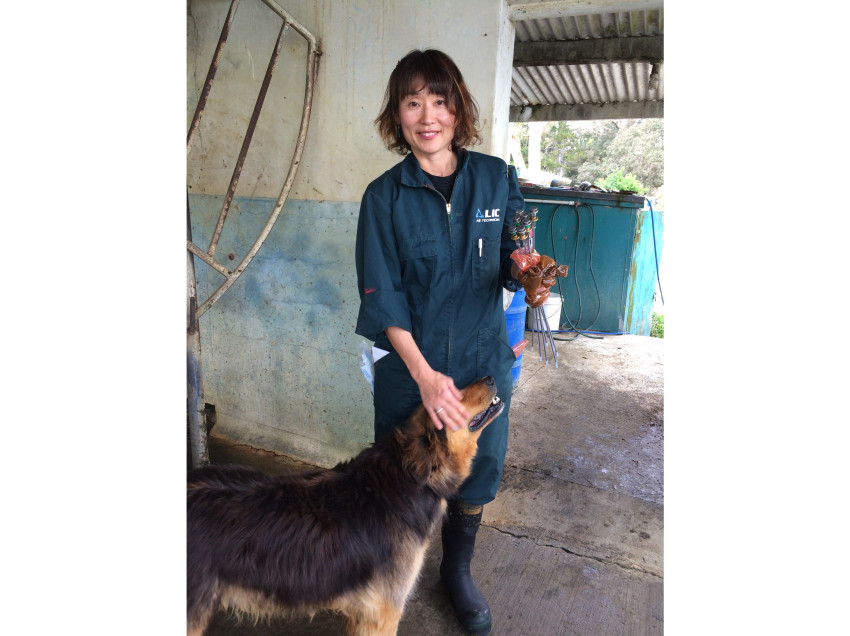 I met Hitomi at a dairy farm run by Don Nixon on Tuhimata Road, Drury. Don has “only” 220 cows for milking, and over the 5 weeks 120 cows will be artificially inseminated one by one. This morning Hitomi will inseminate 7 cows. She is an AB (Artificial Breeding) technician, and is visiting the farm every day as well as other farms in the area. 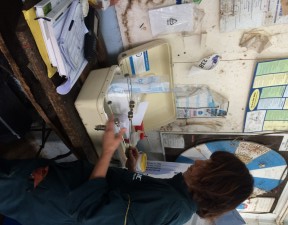 For 4 months from September to Christmas, Hitomi has no holidays. She also works at nights when required. During this time she starts early in the morning, waking up at 4am at home in Onewhero, near Tuakau. She visits farms in Waiau Pa, Kingseat, Karaka, Paerata and Drury, all of which are located around Pukekohe, to inseminate cows that are ready. “How do you know when a cow is ready?” I asked. “Cows start to mount one another and don’t resist when they are mounted.” She is a contractor of LIC (Livestock Improvement Corporation) and has fresh and frozen semen delivered to her house. The success rate of first insemination is 60 to 70%, and when it fails, some farmers want to try once or twice more, others give up and use bulls. “Farmers prefer artificial insemination, because it is from selected bulls, which will help cows produce better milk.” 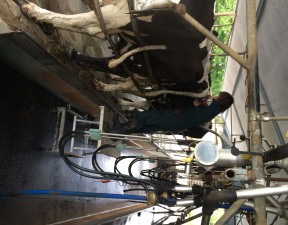 Hitomi graduated from Tokyo University of Agriculture with a degree in Agricultural Science. After graduating she mainly worked on fruit and vegetables, checking the quality. When she was sent to a dairy factory in Chiba prefecture, something clicked. She quit her job and started relief milking. While studying English conversation she visited New Zealand, and she stayed for two weeks in Hamilton. She visited a farm there, and later she returned to New Zealand on a visitor’s visa and worked as a farm assistant. A farm in Cambridge helped her gain a working visa, and later she gained permanent residency. She worked in a garden centre in Glenbrook, in an organic chicken farm as well as relief milking, before her current job with LIC. She also works part-time for Franklin Vets to do ‘teat sealing’, which prevents cows from getting infection.

Hitomi lives with her husband who runs an auto-electrical business, her 5-year-old son who has just started his schooling at Onewhero Area School. They have 2 dogs, 2 cats, and 4 ‘pet’ cows with 3 calves. “I just LOVE cows!”