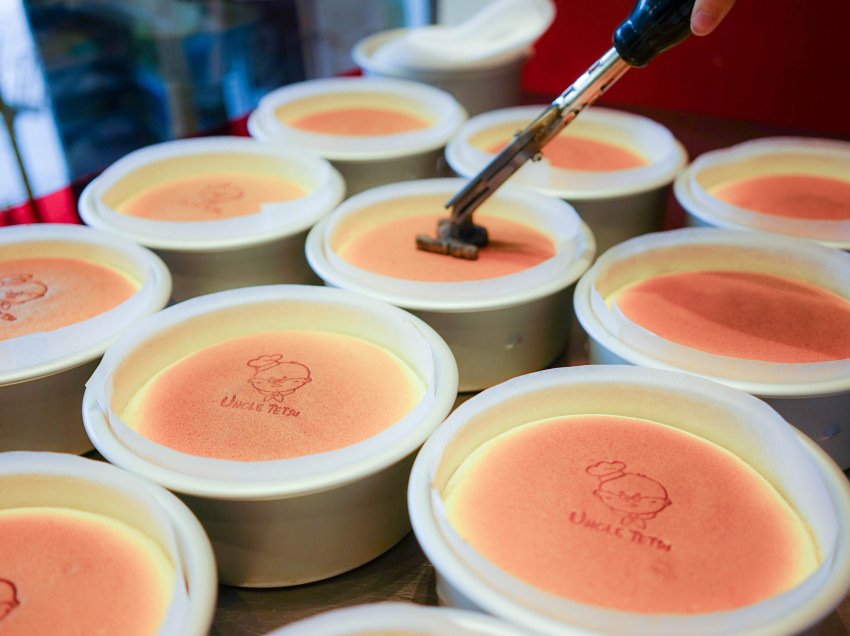 In our new regular feature I will visit well known Japanese businesses around Auckland and chat with the managers and staff to give an interesting insight into the company, the people and why they chose NZ to open shop.

In this debut of the feature I spoke with So Narita San, Manager of Uncle Tetsu’s Japanese Cheesecake shop on Queen Street in Auckland’s CBD.

Narita San kindly took time out from his busy day to meet with me and have a chat over a coffee about Uncle Tetsu as a business, his staff and his customers.

Konnichiwa Narita San, can you please tell me a bit about the beginnings of Uncle Tetsu in Auckland?

So we came to NZ in October 2017 and have now been open for more than 1 and a half years and thankfully business has been relatively successful. During October the hype surrounding the shop meant we were preparing and selling up to around 500 cheesecakes a day and I think when we first opened for the first couple of month’s queues were upwards of 2 hours!

After a few months the customers evened out and we still manged to keep consistency of numbers, mainly from Chinese customers, but all sorts of nationalities visit the shop. 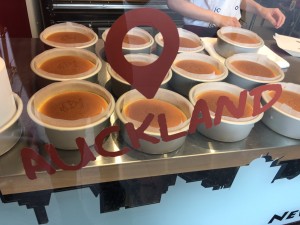 So the cheesecakes are most popular amongst the Asian community in NZ?

Yes mainly but interestingly many people from the Pacific area such as Tonga, Fiji and Samoa like the product and purchase about 10 cheesecakes to take to the Islands as gifts for their families.

Can you talk a bit about Uncle Tetsu and how it all began and where it’s going?

The cheesecake began in Fukuoka in the West part of Japan. Uncle Tetsu was from a bakery family and began baking from the age of just 5 years old.

He spent his whole life working in different businesses around Japan but now solely focuses on moving the business around the world. 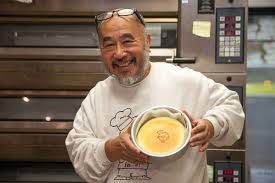 As well as NZ the company has been focusing a lot on Australia with stores opening successfully in Sydney and also 2 stores in Melbourne since 2016.

There are also stores around the world from Taiwan, Canada and even a new store opening next month in New York.

The shop concept is a dessert factory that everyone can come out and see all the process of making our cheesecakes through the shopfront glass. In fact families with children enjoy watching our cheesecakes coming out of the oven and the branding being stamped in front of their eyes. 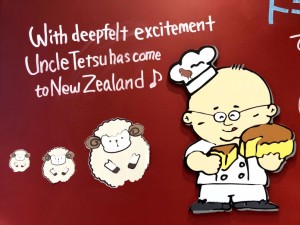 What do you feel is the main attraction of NZ to Japanese youngsters coming over on their working holidays?

New Zealand from what I have heard from other Japanese say is very calm compared to Japan with lots of nature, friendly people and laid-back attitude, nice and cosy cafes and good atmosphere that is also different from Australia. People enjoy the weather with not much rain….well sometimes (ironically it was raining outside)

Is the operation and setup the same in each country?

So we do have a normalised operation however, it takes a few weeks to adapt to local conditions when we open a new shop in a new country because each country has different variables to the technique such as ingredients, humidity and weather for example.

Actually the Oceania area manager says New Zealand Uncle Tetsu’s cheesecake is the best because it is made with the best produce as New Zealand milk and cheese are the best in the world. His recommendation is Honey Madeleine because New Zealand honey has a distinctive rich flavour. 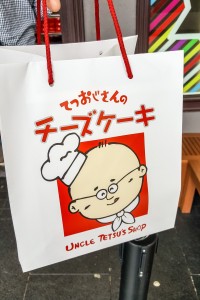 Do different stores around the world offer different flavours and extras?

Yes the stores sell the original cheesecake but also extra flavours and smaller items depending on the local ingredients and the size of the store. Other varieties include Chocolate Cheesecake which we have introduced here in NZ, several flavours of Madeleines and Crepes with a slice of our signature Cheesecake wrapped inside.

We will introduce Matcha Cheesecake very soon to NZ with a highest quality Japanese green tea sourced from Japan. We hope everyone enjoys the very best of Japanese quality with our products. In Australia, there was an explosion with our Matcha Cheesecakes and there was such a long queue that we had to ask some customers to return another day. We hope to see such a demand explosion come to New Zealand as well.

Do all the ingredients used come locally in NZ?

Yes, we proudly source most of our ingredients locally, the milk, eggs, cream cheese and the flour all are locally sourced. There are a few exceptions including Matcha from Japan and Grana Padano Cheese from Italy which we use in our premium Cheesecake called ‘Angel Hat’

And finally….. Will uncle Tetsu be opening any more stores in NZ?

We will be opening a new store in Auckland at the opposite end of Queen Street in the new Commercial Bay development on the Custom Street side expected to open in March 2020. We are also looking for opportunities in other cities.

If you haven’t tried Uncle Tetsu’s Japanese Cheesecake I can highly recommend, it is a very different taste from western cheesecake but is very light and tasty. I really enjoyed meeting Narita San, him and his staff were very friendly and we had a really good chat.

Be sure to visit the store at 287 Queen Street, Auckland CBD where you can see all the tasty products being made through the large windows and the also view the very impressively large cheesecake oven which was imported direct form Japan!

You will always be served with a smile and warm Japanese hospitality. Narita San and his team look forward to seeing you.