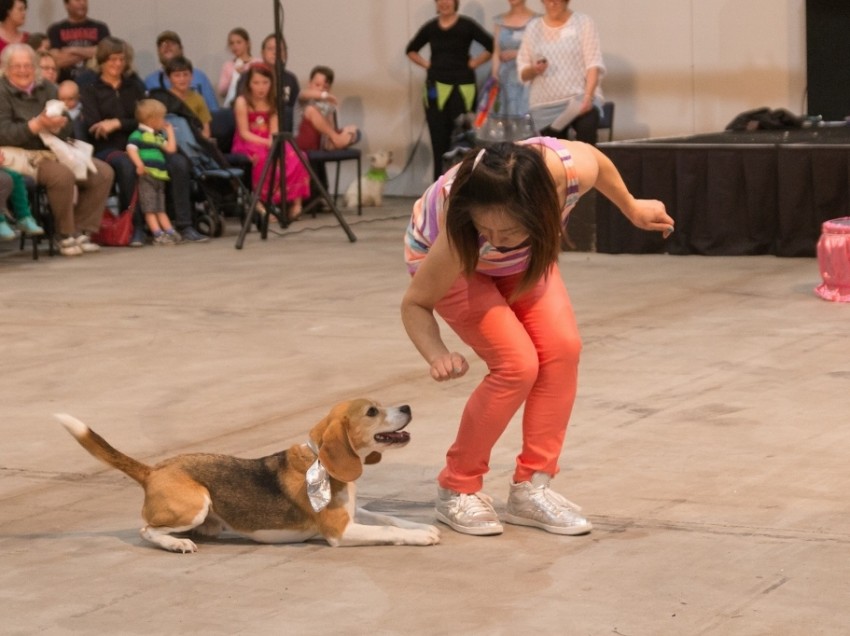 I have known Manako for some years since I met her at a meeting for translators working in Auckland, but today we didn’t discuss English – Japanese translation but her activities as a ‘dog enthusiast’, which she would rather call herself, though she is now qualified as a Certified Trick Dog Instructor.

Manako comes from Nagaoka City in Niigata Prefecture, an hour and a half from Tokyo by Shinkansen. After she gained a Bachelor of Science in Mathematics from Ochanomizu University, she worked for Canon as a software engineer. She met her husband there, transferred to another section, and after some years quit the job feeling unsatisfied with her working conditions.

She attended a school to be trained as a translator, and to brush up her English she came to Wellington and studied at a language school for two months. She had had a brief visit to New Zealand shortly after she graduated from university. Her husband joined her and they enjoyed travelling in Auckland and Rotorua.  They visited the South Island some years later.

It dawned to Manako that she felt much better everytime she was here. Back in Japan she often felt unwell, suffering from unexplained stomach pain and headaches, most likely due to stress.  She suggested they move to New Zealand, and her husband agreed. They applied for permanent residency and arrived here in 2000.

Manako always wanted to keep a dog, but in a condomium in Kawasaki, a suburb just outside of Tokyo, it was not permitted. While they rented a house in Auckland, she casually mentioned the owner her dream of having one, and to her surprise the landlady permitted keeping a dog on the property. Their first beagle was named Cookie.  After owning a house in an eastern suburb they moved to Takanini, mainly because it is close to New Zealand Kennel Club grounds in Ardmore where various dog clubs and groups run their classes and events. 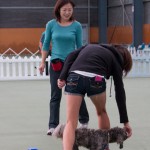 Manako joined Akarana Dog Training Club in Mt Albert to do Agility with their second beagle, Cinnamon, thinking that her responsive and active characters would suit the dog sport. Manako became committed to dog training further, after finding that Cinnamon needed training due to canine hip dysplasia and overreaction towards other dogs. They attended Heelwork to Music (so called dog dancing) classes, and after Cinnamon gained the Canine Good Citizen Foundation status, they took Obedience classes. They started competing in Obedience and then Rally Obedience. Manako is a member of ChoreDOGraphy Connection, a group of people and dogs who enjoy Heelwork to Music and demonstrate it in various public events in and around Auckland. She is also a member of Manukau Dog Training Club, where she teaches a class as an assistant instructor every Wednesday.

Her third beagle Mint, who joined the family after Cookie sadly died of brain tumor, is a therapy dog certified by The Outreach Therapy Pets, an organisation run jointly by SPCA and St. John. They visit a local rest home regularly, where residents are all coming into the hall and they can’t wait to pet him.  Manako recently set up a Japanese website aiming to promote various dog activities among people outside the circle of dog enthusiasts. 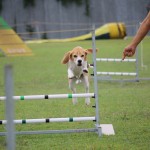 Manako told me that she made an entry to Walking Stars, held at a November night in the CBD, fundraising for Cancer Society. I was like “Walking 21km? In the middle of night?”, but after walking her dogs 7 to 8 km daily on top of training sessions, she doesn’t seem to worry at all.