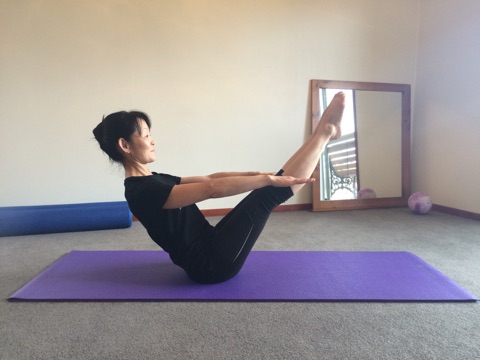 Masako teaches Pilates at Onehunga High School Community Education (night classes for adults), at Contours Glenn Innes (a gym for women), at her clients’ homes and at her own house in Bucklands Beach for private lessons. 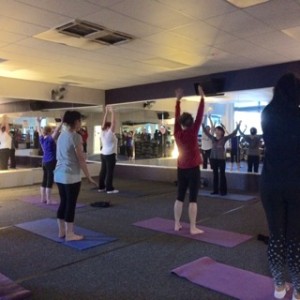 Masako was born and brought up in Tokyo. She married a kiwi, who was her teacher at an English school. They moved to New Zealand to realize their dream lifestyle running a farm, while her husband completed his master’s degree to become a qualified teacher at Waikato University. After having two children, they returned to Japan, as they wanted them to have close relationship with Masako’s family and relatives. They ran an English school with up to 100 students. After 5 years, they decided to come back to New Zealand to run a beef farm again. It was challenging, with the notorious draught in 2008. 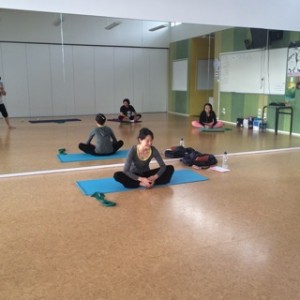 Masako always enjoyed being physically active, and decided to take courses to learn about Pilates. She completed Mat Work Teacher Training Course at Absolute Pilates in Auckland in June 2011, and Body Conditioning and Mind-Body Awareness Yoga, Pilates, and Qi-Gong at Body Light in Auckland in August 2013, both of which are registered as Exercise Professionals. After the first qualification they moved to Auckland and she started her classes.

Masako had a grandmother who lived up to 104 and was in a care home for the last ten years, not being able to do much by herself. Having seen that, while teaching Pilates, she started to feel that she would like to offer classes, for senior citizens in particular, focused more on maintenance and wellbeing rather than intensive ‘exercise’. Masako tells me about one of her students, a 74-year-old lady, who fell and got injured. The paramedics were patronizing, saying it was her age, but she felt she could pick herself up as she had been practicing Pilates, and she actively rehabilitated herself and recovered quickly. Masako plans to approach retirement villages and care homes so she can offer the residents exercise to facilitate daily movements such as standing up from sitting and to manage stiff or painful joints such as shoulders and back.

Masako loves walking and Zumba, and ‘to challenge myself before I turn 50’, encouraged by her gym friends, participated in the Auckland Half Marathon in 2012. Her husband, who teaches English at a language school, has been a keen road cyclist, and their son got hooked on mountain bike, winning the top prize in Auckland Secondly School MTB Series 2014 under 15 category. Their daughter likes kick boxing and Judo.

Masako says, “The more you use your body the more it changes for the better.” “The older you get, the more fun it is to exercise.” I can’t agree more. 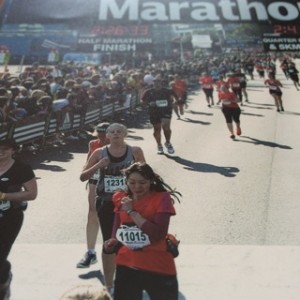