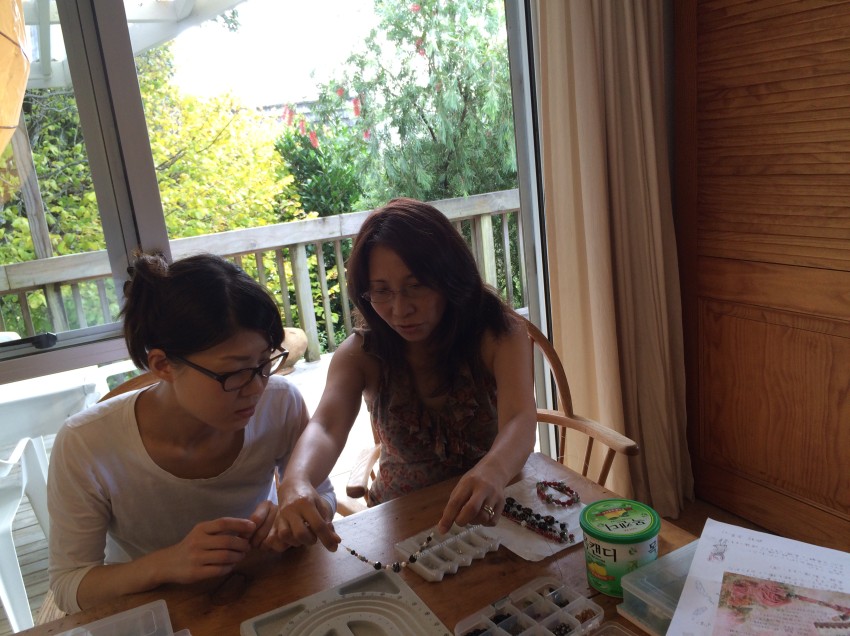 Mio Endo runs Of Hand & Heart Artstay, a business offering homestay programmes incorporating art and craft activities. She thought, “If we have farmstays in New Zealand, why not have an artstay?”

When I visited her at her home in Warkworth, on a quiet leafy street in 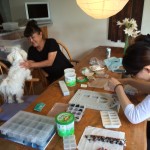 It was the second time for Yasuko, who decided to come back because she was impressed with the holistic care of Mio‘s hospitality and cooking, including ‘not ordinary and boring’ meals.

Mio communicates with prospective guests through emails and fine tunes their itinerary according to their wants and needs. Some guests want to tour around cafes, others want to visit art galleries chocolate shops. Mio takes guests to points of interest around the area like and in Auckland, including wine tasting and the famous farmers market in Matakana. Guests can also experience horse back riding and kayaking. 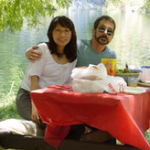 Mio studied English literature at an university in Japan, majoring in mainly fairy Folktales, and went on to study Victorian illustrations for her Master’s degree. It was a crossroad between literature and art. She worked at a TV station as a video editor. She also started a ‘Read Aloud Club’ at four venues in Yokohama, where up to 100 mothers and children got together to enjoy English picture books, songs and plays. Later she worked at the headquarters of Yamaha English School, responsible for organizing events. Mio stayed with her son in Canada twice, when he was four and again when he was eight years old. Later when he was living in Tasmania as a high school student, she visited him and met Rick, who was on vacation from the USA. They travelled around Tasmania and decided to continue their relationship in America.  They got married and eventually moved to New Zealand.

Mio believes that art is one of the languages to express oneself, and that it has 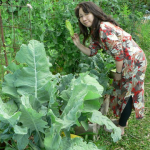 the power to heal. She juggles her business with part-time work at Mahurangi College in Warkworth, and has witnessed both high school students and her Artstay guests realise their potential through art. A 16-year-old Artstay guest student, who was struggling both at home and at school in Japan, came to stay and found hope that she ,too, could be creative in her own unique way. 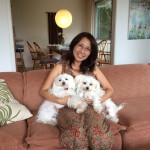 Mio recently bought life jackets for Lily and Lucy, Maltese Mix, so they can go kayak fishing with Rick. “Sometimes prospective guests decide to stay as they see the dogs on the website.” 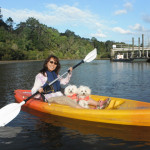