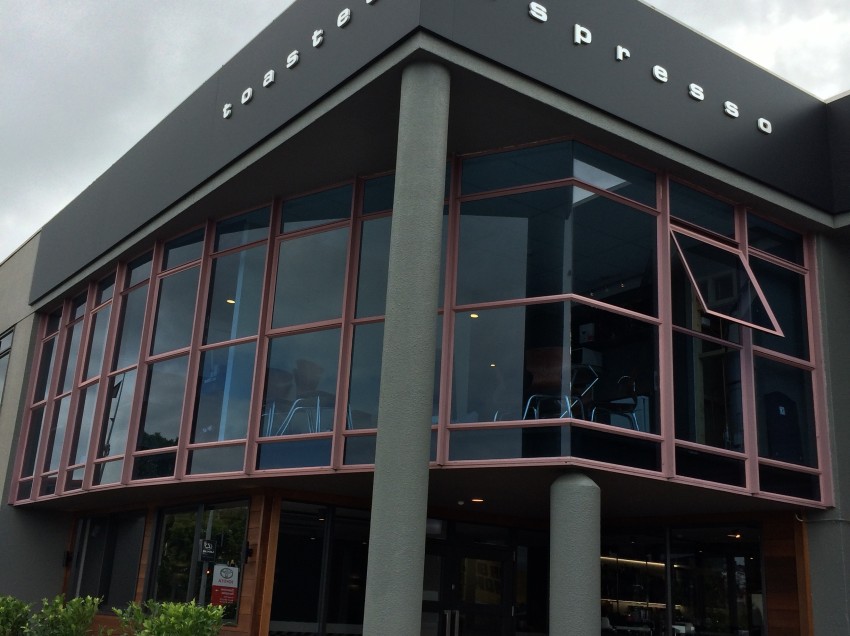 Taka is the current Brew Bar Manager and Coffee Trainer for Toasted Espresso. Busy preparing for the opening of the newly established roastery café in Wairau Park, Toasted Espresso is looking to showcase their coffee and deliver the highest standards for the espresso experience. Taka works alongside Marika, General Manager – Operations.

After graduating from Waseda University with a Commerce Degree, Taka worked for a meduim sized IT Company for six years. Taka was responsible for publicity and promotion, and felt that he would be more suited to one-on-one communication. Nearing his thirties, Taka decided to change his life dramatically and to become a professional Barista because of his love of coffee. Taka decided to come to New Zealand to gain the necessary training, as at that time espresso culture was not fully developed in Japan.

Although Taka qualified as a Barista from a Hospitality school in New Zealand, he struggled to find 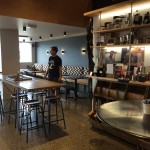 employment due to lack of experience or good command of English language to communicate with customers. Taka bought a domestic coffee machine and practiced making coffee at home to craft his skill. Highly interested in latte art, Taka perfected his coffee skills and included a photo in his CV. He achieved the first ring which started off a well known career. 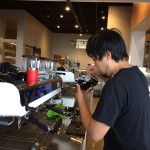 After starting out his career as a Barista, Taka attended various coffee events to get to know people in the industry, one of whom was Marika. Taka worked for the first café for eight months, after which Marika recommended him to a new role in ‘Grind on High’ located in High Street, Auckland CBD. Taka quickly established his reputation delivering espresso to a very high standard. After two and a half years, and consistantly making up to 230 ‘perfect’ cups of coffee a day, compared to only 130 drinks when he first started, Taka really enjoyed the daily interaction with regular customers.

At Toasted Espresso, Taka manages the cafe and also trains wholesale customers to maintain its high 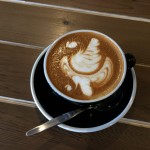 standard for espresso delivery. Taka has competed in various events including National Latte Art Championships in New Zealand. Taka served me an impressive flat white coffee featuring the latte art of a swan and its refelction.

Taka is also interested in Specialty Coffees, and has experimented with different preparation methods; in particular those coffees best suited to a light roasted bean. Taka was mainly interested in developing his espresso skills when first arriving to New Zealand, but now is also interested in filter coffee. “You can enjoy the flavour and aroma – citrusy, floral, clean after taste, etc.” “The world of coffee is deep. They are as diverise in flavour- ‘like a wine.” 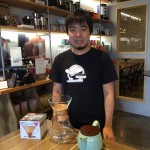 “A Barista is not just someone who can ‘use’ a coffee machine to make an espresso based drink. A Barista has gained the professoinal knowledge of coffee and can tell the coffee story to leave their customers impressed. He is good at communication with customers, coupled with a strong passion for coffee. Marika approached me to join Toasted Espresso as a professional coffee person and to continue to grow coffee expertise .”

Taka has an earnest desire to own a café in the furture, but right now he devotes himself to quality control and to learning more about mechanism of coffee machines and roasting. “The world of coffee is infinite, but I will endeavour to deliver a best shot to every customer, every day.”