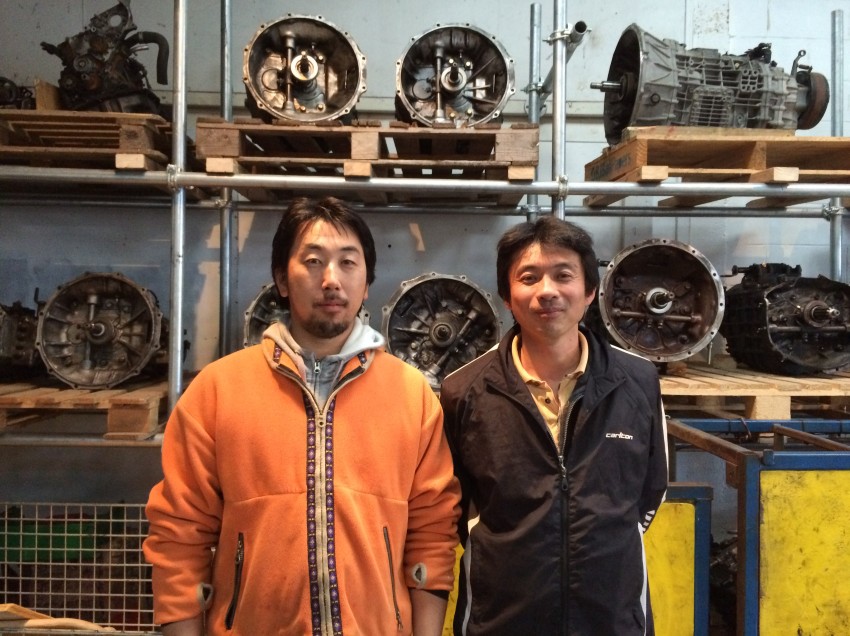 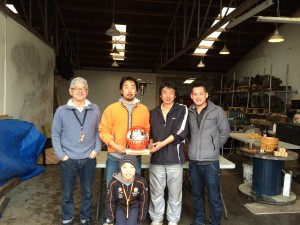 I met Takayuki Sato in his garage in Pukekohe.  It happened to be the opening day of his new business. At 7 minutes past 7 am on the 7th of July, the 7th month they opened, says his business partner Kazumasa Nagaya, because of lucky number 7, who was accompanied by his pet dog named Lucky. To celebrate the inauguration, they prepared Japanese sake and Yakiniku, Japanese-style BBQ, for guests. There was also Daruma, a red, round figure with big eyes used in Japan to wish for success.

Taka is a well-known specialist of truck gearboxes. After working in Japan for two decades, he moved to New Zealand and worked for a company in Pukekohe, and now he is starting his own business.

He was born in Chiba Prefecture (where Tokyo Disneyland is situated), and as a small boy he was always interested in cars. At 15 he got a job in a company that wrecks and recycles parts from trucks, selling them to south-Asian countries. By the age of 20, he had already established himself as a gearbox specialist.

When he was 30 he stayed in Australia to enjoy surfing. When his younger brother, who is a chef, told him that he was moving to New Zealand, he decided to come here too. He approached the company he found in an industry journal and got the job.

There are a lot of Japanese trucks used by businesses in New Zealand. But when it comes to repairing major parts such as engines and gearboxes, they struggle to find parts and mechanics to correct the problems. He checks a gearbox by looking at it or even at photos and can tell exactly which parts are needed, orders them from Japan to fix them.

Surfing is “religion” for Taka. Sunset Coast at Port Waikato is his turf. He finds that local surfers are friendly and have high regard for Japanese surfers. “ I am very grateful for past Japanese surfers, who were polite and well-mannered and earned the respect I can enjoy. I make sure this image will continue by behaving myself.”

His goal is to establish his business as a successful go-between for the two countries, and eventually in the wider Oceania region. His ultimate goal is to revitalize Japan, by showing Japanese youth and businesses that they can go out and reach the world and prove the high quality of Japanese goods and services. 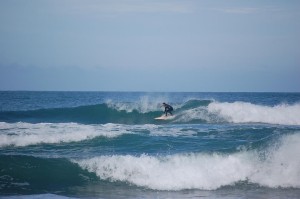