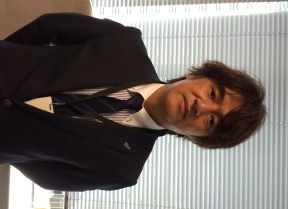 The very first interviewee for Nice Japan is Terry NOZAWA, director of NZdaisuki which runs the ‘go-to’ website for Japanese living in New Zealand.

Mr. Nozawa had worked as a system engineer for 15 years in Japan until he and his wife decided to move to a country where they can relax. They chose New Zealand, an English-speaking country they found easy to get a visa. He continued working as a SE until he received a permanent visa, then he set up the company which added services to the website with bulletins for Japanese in NZ. The company has been taking care of Japanese visiting NZ, such as introducing schools and insurance companies.

At the beginning most clients were students and people on working holiday programmes, asking where to buy mobile phones and where to look for flats. Recently more people in their 30s to 40s intend to stay longer or to move permanently, which makes the company ‘counsellor for life planning’ rather than a ‘rescue organization’. Sometimes they accompany the client all day, introducing hospitals, schools, post office, showing how to register a vehicle. Internet has become common and many clients have researched basic information before they come to NZ, but it can be old or not relevant to the current situation.

The Great East Earthquake in 2011 caused a big jump in inquiries. Mr. Nozawa noticed a number of people, after moving from Tohoku region (near the earthquake) to Shikoku or Kyushu region, have found the life there was not going very well and would like to live in New Zealand permanently to enjoy slow life in rural environment.

Now that 10 years have passed, I asked Mr. Nozawa his next goal. “This is a company secret,” he confided. “NZdaisuki established its brand as the website for Japanese in NZ, and in March it took under its umbrella the magazine E-CUBE.” Now in order to achieve ‘media unity’, he is planning to expand his business into TV broadcasting. It will run a Japanese-language channel, which not only buys contents from Japanese TV channels but also air local news in Japanese, hopefully in 5 years.

I asked for his advice to people who come to New Zealand and want to set up a business. “New Zealand is such an easy country to set up a business. If you are wondering, just do it. If it does not work, try something else.” I asked him what has been difficult since he started his business. “Nothing.” “All went very well.” Asked the secrets of his success, he says, “All sorts of help from a lot of people in this country.”

He does not intend to retire for the next 50 years, and in the meantime, what he is enjoying most in his life is to see his 9-year-old daughter grow up.