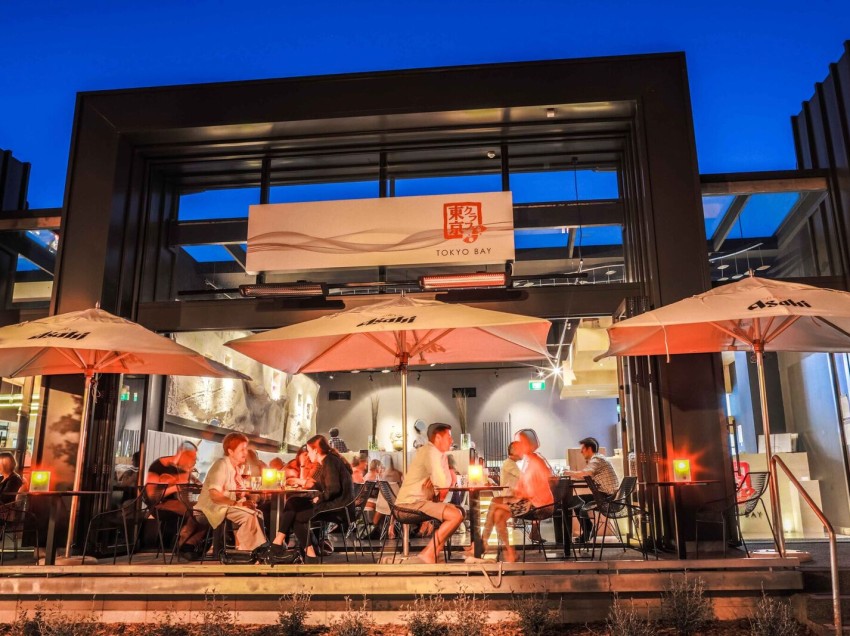 With high ceilings, large sliding windows, an amazing view and a modern interior the friendly and professional staff serve you authentic Japanese cuisine with a modern look, cooked by an experienced kitchen team led by sushi master Chikara Sato. 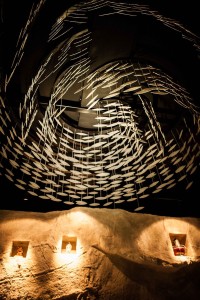 In part 2 of my feature on Japanese businesses in Auckland I recently sat down with one of the owners Mark Smith to find out a bit more about Tokyo Bay and how it all started. 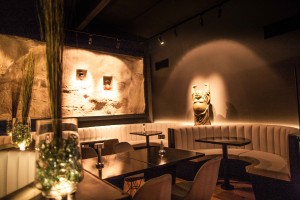 After working abroad for many years in world class hotels, Mark returned to New Zealand and found there was a huge gap in the market for a modern, market leading Japanese restaurant so he set up a restaurant called Soto in an old heritage building in St Mary’s Bay, Auckland. This was 15 years ago and it was probably NZ’s first fusion based Japanese restaurant, so it was well ahead of its time, it won cuisine restaurant of the year and it did very well.

After running the place for 5 years he sold up and now currently owns 2 restaurants, Tokyo Club, in Ponsonby and of course Tokyo Bay, alongside business partner Sarasa Shimura. 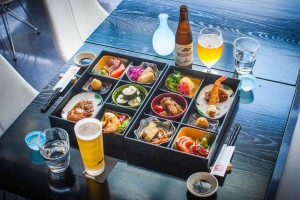 ‘We have 2 restaurants now, we got a little izakaya dining bar in Ponsonby central called Tokyo Club. That does well, it’s been open for 7 years it is pretty much styled on a traditional izakaya dining bar, it’s about tap beers and it’s about homemade simple style food, but made with high quality ingredient and it’s been really taken well by the local people. It has been pretty successful so we will keep kicking away at that for as long as possible and keep improving it as we go’

‘Then we opened Tokyo Bay at Takapuna beach, we will have been open 5 years this summer, the styling is modern Japanese, we don’t push the fusion influences that so many people do now.’

And he is absolutely right, the menu is extensive and varied and features so many tasty and beautifully presented dishes, all made with local as well as imported Japanese ingredients. The menu has every type of Japanese dish you could crave for. 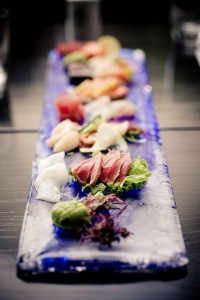 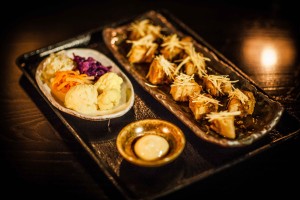 The sushi/sashimi sharing platter is a must try, it is the freshest and most well prepared fish I have tasted outside of Japan. The flavour profile is on point and chef Sato’s expertise shines through in each bite.

Other highlights for me include the teriyaki lamb ball skewer, which are cooked to perfection and coated in a generous amount of sweet and sticky teriyaki sauce, the mouthwatering ginger pork belly that has been slow cooked to perfection, the agedashi tofu, which is served in a moreish soy based broth and their tempura prawns and vegetables, which are coated in the lightest batter. 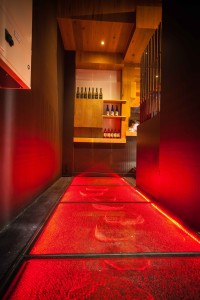 I could go on and list the whole menu but you are best off checking it out for yourself.

And it would be rude not to wash it all down with a nice cold Asahi and a ‘Mirror of Truth’ sake.

A lot of care and attention is taken in the presentation, each dish comes out just as beautiful as the last and makes for a great photo on your Instagram for all you social media lovers. 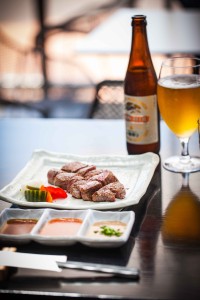 Regarding the food, Mark told me ‘We’ve really just gone back to traditional methods and style and just added modern presentation with what we do here and once again the locals love it and think it’s great’

‘Japanese food is so diverse there’s so many different angles to it so what we do here is we have different lunch and dinner menus and have different styling for both, with dinner being a bit more extensive service and a bit more upmarket. We will never go too upmarket, we want to keep this place affordable and approachable, which is how we want to run it’

If you are relatively new to Japanese cuisine the amazing and knowledgeable staff will happily guide you through the menu.

Alongside the food and just as important is the beverage menu which features a huge choice of sake to try, everything from everyday drinking to the finer quality Ginjo and Daiginjo varieties. They also have a range of Japanese beers, the finest Japanese whiskeys, such as Yamazaki and also incredibly tasty, original recipe cocktails, of course featuring Japanese ingredients. 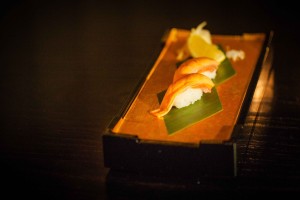 Apart from the most amazing food and drinks and a view you could never get bored of, one of the main draws about Tokyo Bay is the staff. Sarasa and her team will always look after you exceptionally. From the way you are welcomed, to the attentive service it really adds to the experience.

Because the same core staff have been at the restaurant from the beginning it feels much feels like a proper local restaurant, where regulars and locals come to have a relaxing enjoyable evening, knowing they will be looked after with the best Japanese hospitality.

As an added bonus, you can pick up a copy of Sarasa’s Top Travel Tips to Tokyo and Beyond which is a list written by all the staff of 100 attractions and things to do during your next trip to Japan, just ask the staff on your next visit to the restaurant. There is defiantly some places on there that I will check out next month.