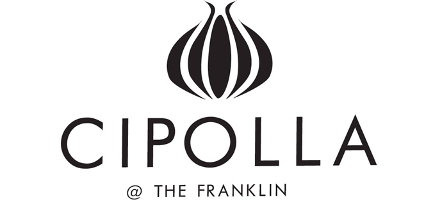 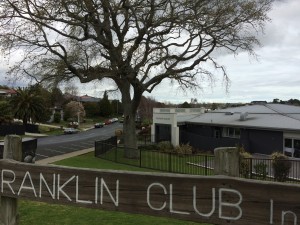 Cipolla (pronounced Chi-pol-la) means onion in Italian. Pukekohe, where Franklin Club is located, is famous for its onion production. The club restaurant’s menu has many dishes with a Japanese touch. The chef in charge is Toshi.

Hailed from Gunma Prefecture, north-west of Tokyo, he was a cook in an Italian restaurant in Takasaki city for 4 and a half years. He planned to go to Italy to further his career, when an acquaintance married to a kiwi suggested he visit them in New Zealand. Toshi decided that it would be a good idea to stay in New Zealand for a while learning English before he ventures out to Europe. Under a working holiday visa, he enjoyed travelling, and when not much money was left , he got a job in Milano, an Italian restaurant in the Viaduct.

It was 2002, the time of America’s Cup. The restaurant was incredibly busy. Day and night, they served up to 400 customers. When the three months of his contract was coming to the end, the restaurant manager asked him to stay and helped him to obtain a working visa. Toshi worked there for two years.

Toshi met and married Simone, a kiwi who was back from Japan after working as an English teacher for Komatsu for five years. She took over the accountancy of her family business in Pukekohe and they moved there. 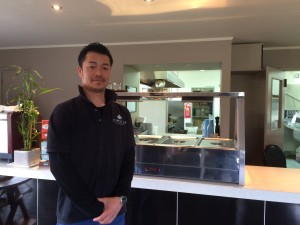 After working in restaurants both in Pukekohe and in the CBD, Toshi took up the current job at Cipolla. He decided to serve dishes that ‘local residents would like to eat’ rather than  ‘the chef creates and offers to the customers’.  He has experimented with dishes influenced by Japanese cuisine and has created a menu popular with people here. Kara-age chicken is hugely popular. Panko crumbed prawns, Croquette (Japanese style), Tofu stir-fry are others. Its Thai sauce actually contains Japanese soy sauce and mirin. Raw fish was not so popular.

His wife Simone works at the restaurant on Fridays and Saturdays.  Her family is well established in the area and they can interact with customers, which Toshi finds very important. “This strong connection with the locals is our strength.” 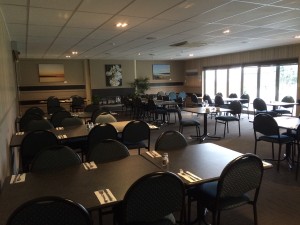 Toshi believes that Pukekohe has a huge potential. Its population is growing, with many people moving from central Auckland. “It will be more multi-cultural.” He wants to witness its development for the next ten years, and hopes to have his own restaurant where he can be more creative.

Toshi has four children;  9- and 8- year old boys and 2-year-old twins, one boy and one girl. What he likes about education in New Zealand is that it encourages students to be individual. “Everyone is different, so you develop what you are good at.” At the same time, he wants to teach his children Japanese values, such as putting other people’s feelings first. He is too busy spending time in golf courses these days. Besides dining out with his wife, playing with his children is his main past time. 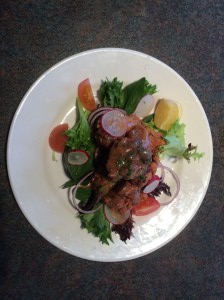