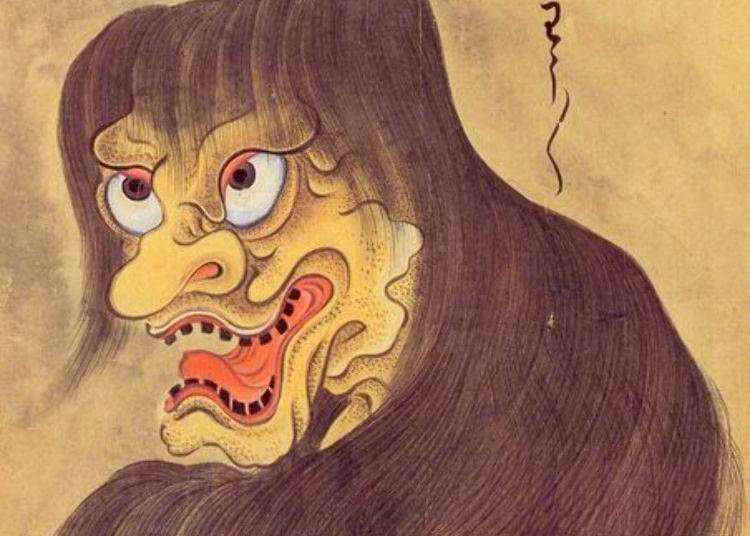 The Nurikabe takes form as across between a fantastical beast and a flat, white wall. Usually invisible it blocks the path of and misdirects travellers as they are walking. Going around the wall is impossible as it extends as far as you can go, and it is too tall to climb and too strong to knock down. According to legend the only way past is if you tap at the bottom left with a stick which will cause it to disappear. 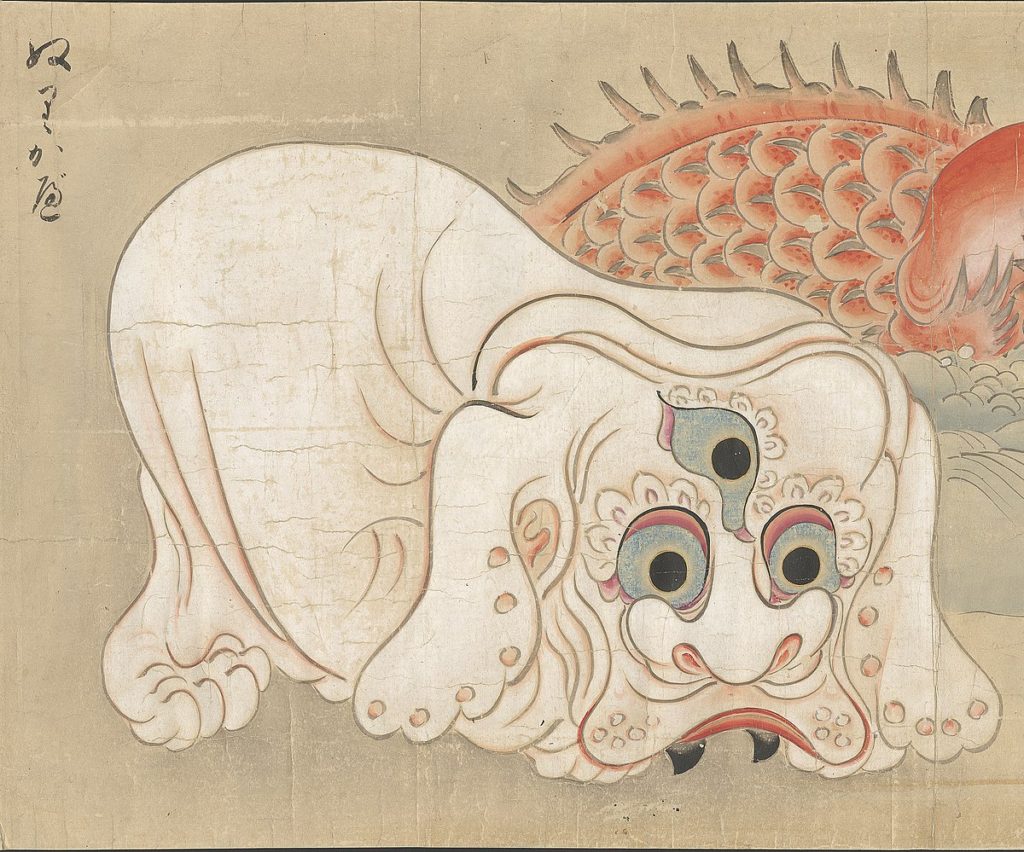 By day, rokurokubi appear to be ordinary women. By night, however, their bodies sleep while their necks stretch to incredible lengths and roam around freely. They generally just cause mischief by scaring nearby people. The oil from your lamp disappearing is a good sign a Rokurokubi is about as they lick it up to eat with their long tongues. Women are said to change into these creatures after being cursed for evil deeds against nature or adultery. 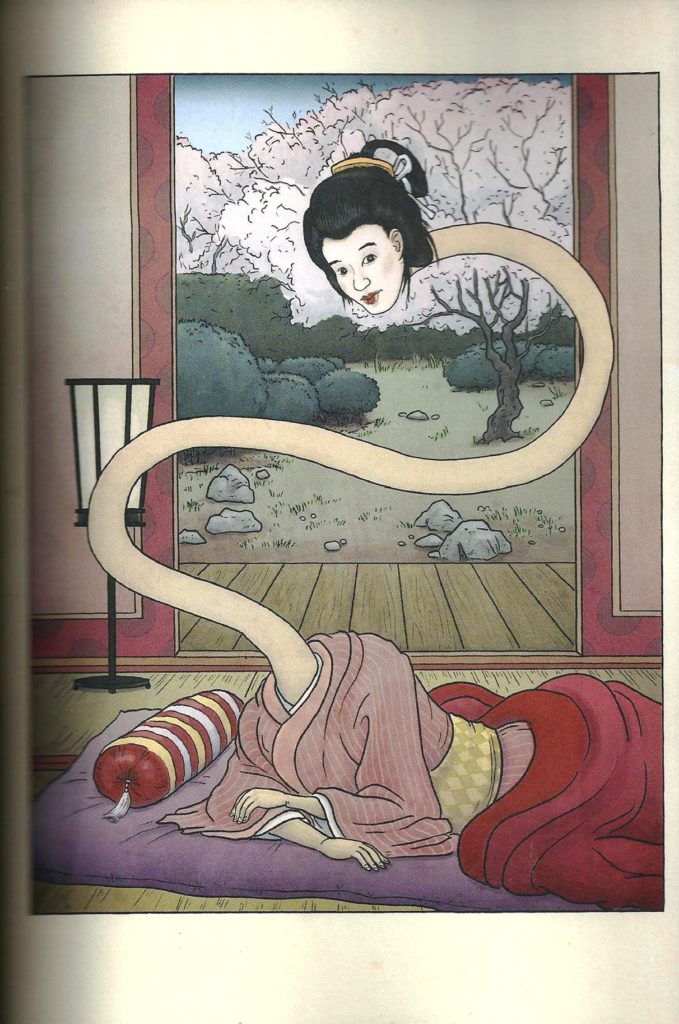 In traditional Japanese homes, sliding walls made of paper were common, often over time these got small holes in them or became torn. A Mokumokuren is a harmless but creepy spirit that makes home in these holes and the more holes and gaps around your home the more likely you are to notice eyes staring back at you. Remember to repair damage to avoid the feeling of being watched. 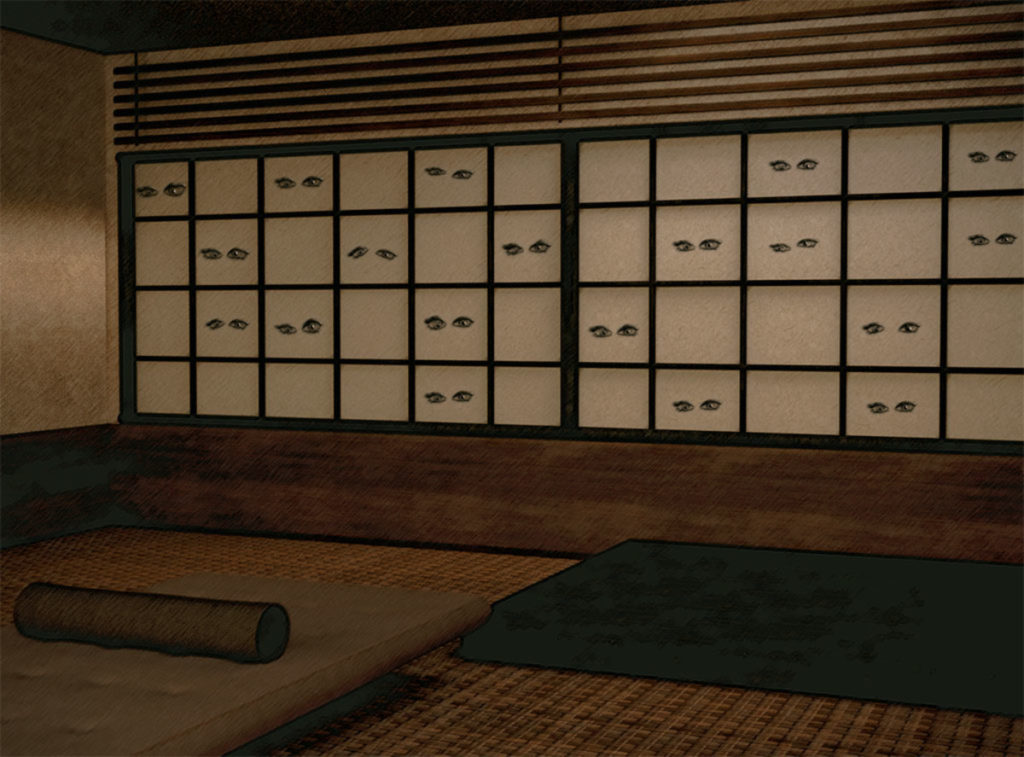 Yes, it is just as it looks, we have an animated umbrella, with one leg and one eye and an overly sized tongue. Kasa-obake is a type of Tsukumogami, an object or tool that acquires a spirit of its own and comes alive after 100 years. They get a name of their own as apparently, they come alive so often.

Literally ‘filth licker’ the Akaname is both very bizarre and very specific in what it does. This disgusting creature with the aid of its poisonous saliva and its super long tongue goes about licking dirty bathrooms clean. All it takes from Japanese mums to get their children to clean up the bathroom after themselves is to mention this bogeyman. 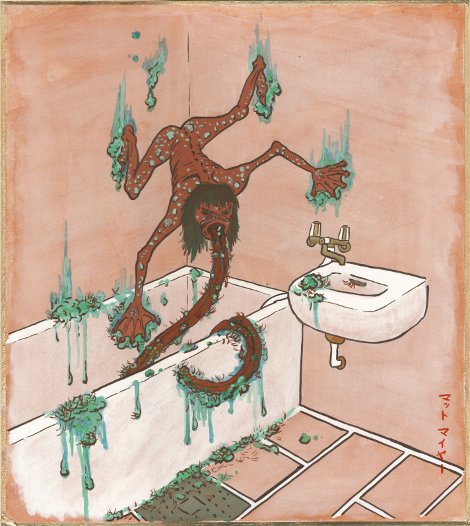 When walking around in the dead of night watch out for the Ittan Momen, a long, 30 odd foot strip of white cloth that when it becomes frightened or scared or just doesn’t like the look of you becomes very evil. Wrapping itself around you tighter and tighter to crush you and smother you to death. Even more bizarrely they also do enjoy becoming a fashion accessory for you to wear if you manage to gain its trust and respect. 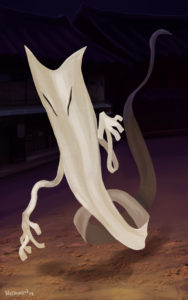 From a distance, Shirime appears to be a normal human. However, once close enough, it becomes apparent that it is not all as it seems. Approaching travellers at night and asking if they have some spare time the creature reveals that it has no facial features at all. It then then bends over and spreads its cheeks to show that located in its butthole is a large eye which shines like lightning. Other than its very bizarre behaviour, Shirime is not harmful. It just enjoys shocking and scaring people. 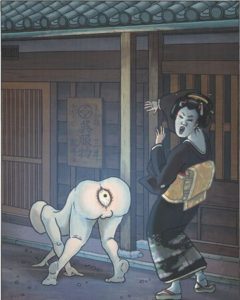 There are many of these bizarre and fascinating creatures and ghosts in Japanese folklore and mythology, this is just a small selection. I really enjoyed writing this so if it proves popular I may do a part 2, let me know in the comments your favourite and if you want to see a follow up article.  And watch out for the boogeyman!