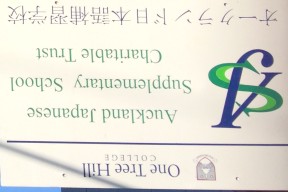 Auckland Japanese Supplementary School is run by a charitable trust, and is funded by the Japanese government, Japanese Society of Auckland and Nisui-kai (Auckland Japan Economy Association) to supplement school fees. The school is situated in a building on One Tree Hill College in Penrose with classrooms and a library. It is unique in that they have classes not only on Saturdays but also during the week. The students come to school 1 to 3 days a week, after finishing their local school.

They teach three courses; ‘A’ is geared for Japanese nationals going back to Japan to continue their education, ‘B’ for local students who have a Japanese parent who would like their children to gain some knowledge of Japanese language and culture, and ‘S’ for students who can come only on Saturdays and whose needs are varied.

There are about 170 students ranging from pre-school to high school level and 12 teachers including the school principal. They follow the Japanese curriculum using Japanese textbooks provided by Consulate-General of Japan in Auckland. 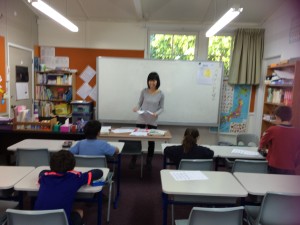 Ms. Kaori Nakamori, one of the teachers, explains that one of the goals of the school is to pass on Japanese culture and values, and No English policy is encouraged in class for total emersion. Some students struggle to communicate in Japanese, and  others find the school the only outlet for expressing themselves in Japanese. Other rules in her class include No eating while walking around, No throwing things, No sitting on desks.

They have events typical of Japanese schools, such as field days, sports day and musical drama. The students are given homework, often practicing kanji and writing sentences using them, which is supervised by their parents at home.  From Wellsford to Pukekohe, chauffeuring the children is parents’ responsibility. One of the parents sent her elder child to the school for years, and now she enrolls her younger one. Another parent says, “As long as my child is keen to come back, we will continue the Japanese education here.” 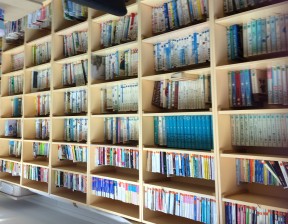