Board game in Japan 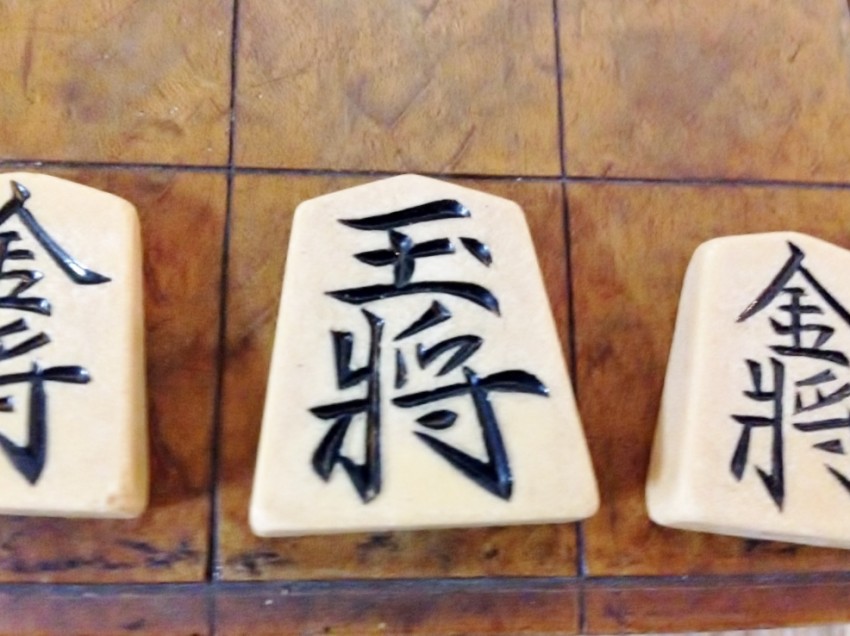 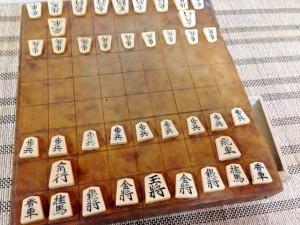 Shogi is very similar to chess,the aim being to checkmate the opponent’s king(osho).
Each player begins with 20 five-sided pointed pieces,all bearing a name written in kanji characters.
The two major differences from chess are the ability to use captured pieces and change the strength of pieces when they are inside enemy territory.
Under the image, it is the negative Once this is taken in the king. 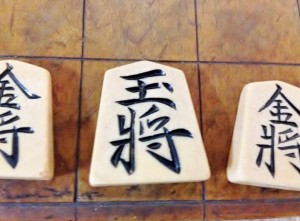 There is a shogi board in my house,too.
I sometimes play it with my friends.Kind of difficult to figure out, but I like the sounds when you move.