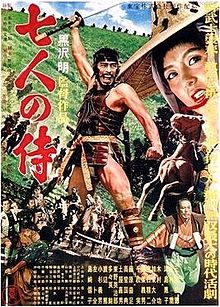 Shichinin no Samurai or Seven Samurai as it’s known in the west is a classic Japanese adventure/drama movie released way back in 1954. It is well known and respected amongst those who know about movies and is often regarded as one of the greatest films of all time. Its influence in the years since is still felt with movies such as The Magnificent Seven based on it and even the new Justice League DC comic’s movie coming out this year has used some of the influence of this 50’s film. It has remained highly influential, often seen as one of the most “remade, reworked, referenced” films in cinema. 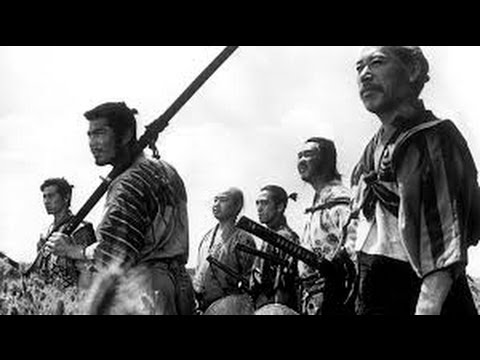 The story takes place in 1586 during the Sengoku Period of Japanese history. It follows the story of a village of farmers that hire seven Ronin (master less samurai) to combat bandits who will return after the harvest to steal their crops. They succeed in hiring the warming-hearted veteran Kambei Shimada that advises that they need six other samurai to protect their lands. Kambei recruits the necessary five samurai and the brave jester Kikuchiyo and move to the village. After a feared reception, Kambei plots a defence strategy and the samurai start training the farmers how to defend their lands and families for the battle that approaches.

Directed and written by legendary director Akira Kurosawa the film took a year to complete. After three months of pre-production the film had 148 shooting days spread out over a year—four times the span covered in the original budget, which eventually came to almost half a million dollars. Toho Studios closed down production at least twice.

Kurosawa and the writers were innovative in refining the theme of the assembly of heroic characters to perform a mission. Seven Samurai was among the first films to use the now-common plot element of the recruiting and gathering of heroes into a team to accomplish a specific goal.

If you haven’t seen it before it’s definitely worth a watch.