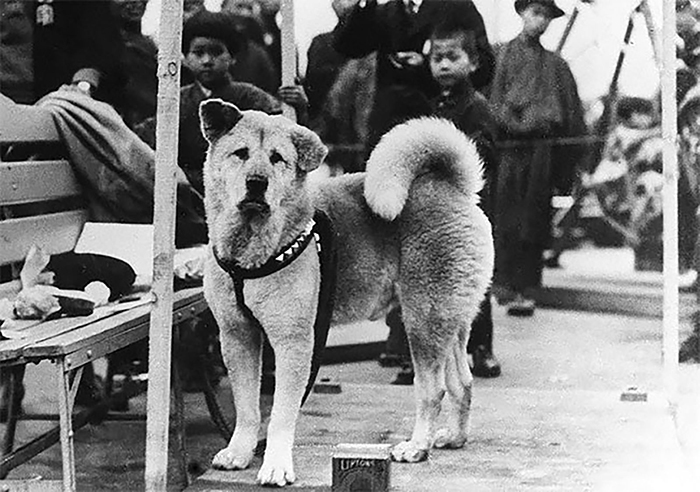 The story of Hachiko, the Japanese Akita Inu is a true example of why dogs are man’s best friend. He is remembered for his amazing loyalty to his owner for whom he continued to wait for at the station 9 years after his death.

Hachiko was born on November 10, 1923, at a farm near the city of Ōdate, Akita Prefecture. In 1924, Hidesaburo Ueno, a professor at the Tokyo Imperial University, brought him to live in Shibuya, Tokyo, as his pet and new best friend.

Ueno would commute daily to work, and Hachiko would leave the house to greet him at the end of each day at the nearby Shibuya Station. The pair continued the daily routine until May 21, 1925, when Ueno did not return. He had unfortunately suffered a cerebral haemorrhage while lecturing and died, so never arrived to meet with his waiting companion.

Each day, for the next nine years, nine months and fifteen days until his own death, Hachiko awaited Ueno’s return, appearing back in the same spot precisely when his masters train was due at the station. 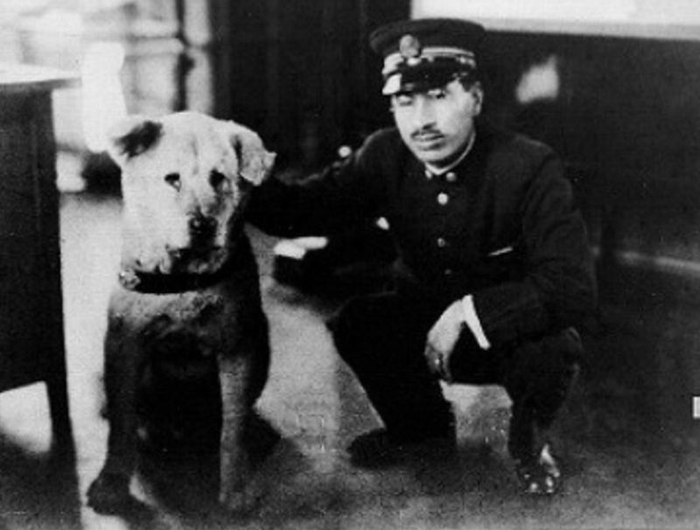 Hachiko attracted the attention of other commuters. Many of the people who frequented the Shibuya train station had seen Hachiko and Professor Ueno together each day. Initial reactions from the people, especially from those working at the station, were not necessarily friendly, however, one of Professor Ueno’s students saw the dog at the station one day and followed him to the home of Ueno’s former gardener who told him of Hachiko’s amazing tale.

He returned frequently to visit Hachiko, and over the years he published several articles about the dog’s remarkable loyalty. In 1932, one of his articles, published in Asahi Shimbun, placed the dog in the national spotlight and commuters would give him treats and food to nourish him during his daily wait.

Hachiko became a national sensation. His faithfulness to his master’s memory impressed the people of Japan as a spirit of family loyalty to which all should strive to achieve. Teachers and parents used Hachiko’s vigil as an example for children to follow. A well-known Japanese artist rendered a sculpture of the dog, and throughout the country, a new awareness of the Akita breed grew. Eventually, Hachiko’s legendary faithfulness became a national symbol of loyalty. 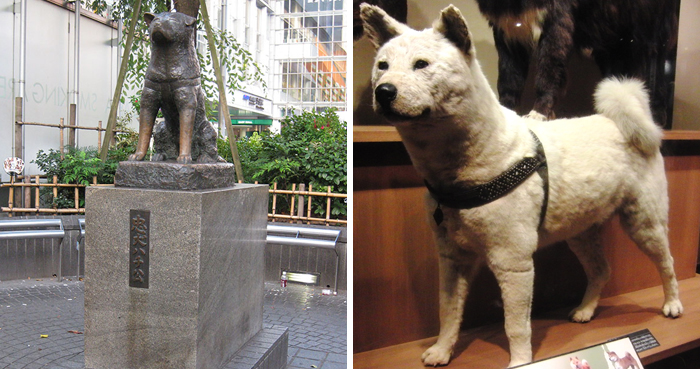 In April 1934, a bronze statue based in his likeness sculpted by Teru Ando was erected at Shibuya Station. The statue was recycled for the war effort during World War 2 but in 1948, Takeshi Ando (son of the original artist) made a second statue.

The new statue, which was erected in August 1948, still stands and is a popular meeting spot. The station entrance near this statue is named “Hachiko-guchi”, meaning “The Hachiko Entrance/Exit”, and is one of Shibuya Station’s five exits.

After his death, Hachiko’s remains were cremated and his ashes were buried in Aoyama Cemetery, Minato, Tokyo where they rest beside those of his beloved master, Professor Ueno. His fur, which was preserved after his death, was stuffed and mounted and is currently on permanent display at the National Science Museum of Japan in Ueno, Tokyo.

This amazing event has featured in many movies and books both in Japan and the west and is a sad but lovely story at the same time.