Koi: A Symbol of Good Luck, Perseverance and Strength 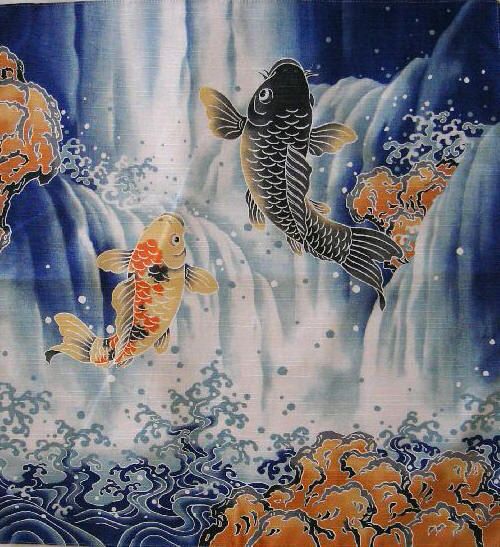 Koi fish have strong symbolism in Japan and many legends, the beautiful fish were first introduced to Japan from China in the 1820s, where in the town of Ojiya, Niigata local farmers bred the carp to supplement their diet, soon colour mutation began to develop and it wasn’t long before these carp were separated and bred on purpose. A red mutation was found first followed by white, cross breeding eventually resulted in red and white carp, the Sarasa, the true ancestors to the most prized of all koi. 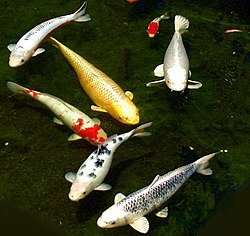 Until 1914 these were unknown to the rest of the country until these Niigata koi were exhibited at an annual exposition in Tokyo. From this time onward interest spread and from the original handful of fish, all the other varieties of koi were bred. Eventually the hobby of keeping koi spread worldwide.

In Japan the word koi refers to the wild variety this is where the legends come from. One of the primary reasons the fish is symbolic in Japanese culture is because it is known for swimming upstream, and even known to swim up waterfalls, this is viewed as an absolute show of power because they will continue to swim upstream as if on a mission. They cannot be distracted or deterred by anything. This leads to them being symbolised as having perseverance in adversity and strength of purpose, the koi fish also symbolizes good luck and abundance.

According to legend there was once a giant school made up of thousands of koi swimming up the Yellow River in China. As they swam they gained great strength by pushing against the current, however eventually they came across a huge waterfall. Most of the fish turned back and just went back with the current but a handful continued on to try and reach the top. 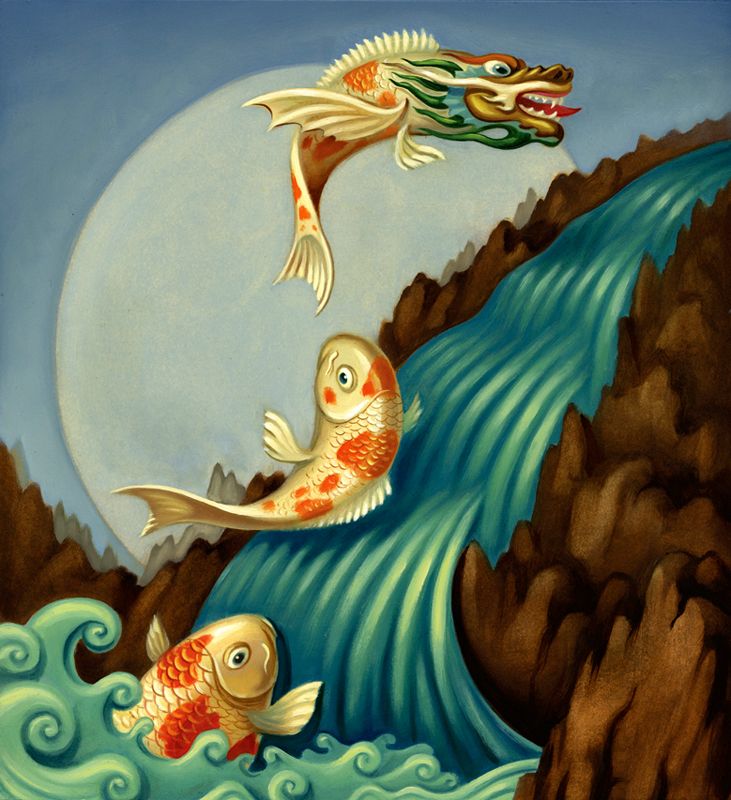 After 100 years, at last one of the koi successfully leaped his way to the top and to reward his dedication the gods turned him into a beautiful golden dragon. This became a symbol of worldly aspiration and advancement.

Another legend states that if a koi are caught, it will await the cut of the knife without a quiver with the bravery of a Samurai warrior facing the sword in battle showing strength and courage. 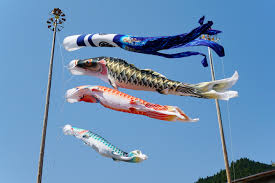 In Japan, Koi are know there as the “warrior’s fish”. Each year in the month of May, beautiful koinobori (streamers) in the shape of Koi are flown form poles in celebration of the Boy’s Day Festival. The streamers symbolize the Japanese parents hope that their sons will demonstrate courage and strength, like that of the fish.

The koi fish is also a popular symbol for the family, – black koi for father represents masculinity, flame red koi for mother represents strength and power, blue and white for boy represents tranquility, and pink and red represents the girl.