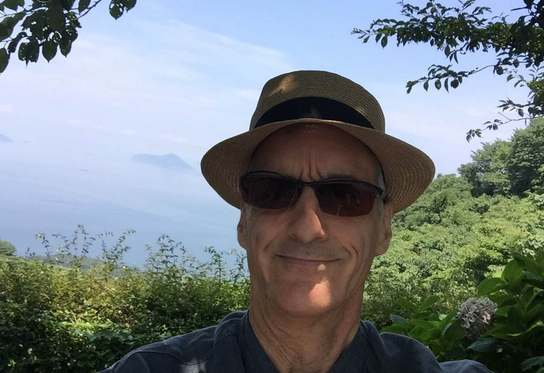 (All the photos provided by Paul Batten)

Paul Batten is an associate professor at Kagawa University, a national university located in Takamatsu, the capital city of Kagawa Prefecture. He teaches students in the teacher training course, Faculty of Education.

After graduating from University of Auckland with double major of Spanish and Japanese, he was 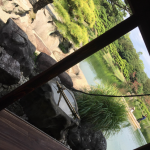 employed by a language school in Tokushima, southern prefecture in Shikoku Island. He lived in a traditional small house by the sea and went swimming every day. After two years he was transferred to Takamatsu city, dispatched to teach in various organizations including kindergarten, primary school, major companies in the area, even Kompira Shrine, the nationally known historical shrine. Paul was excited to develop Japanese language skills and to understand Japan further.

After teaching in Japan for ten years, Paul decided to be qualified to teach at university level and gained a Master’s Degree in applied linguistics at Essex University in Britain, where his father is from, in nine months. Back in Japan he worked in Okayama city as a managing consultant for teacher training, interviewing and hiring staff, and in 1998 was employed by Kagawa University.

Paul is passionate about languages and describes his obsession as ‘illness’ to his students. He asked for a Maori dictionary for his twelfth birthday in Tauranga. He learned Thai for ten years to master it and helped by the connection with Chieng Mai University took his students to Bangkok regularly. His current hobby is to learn Dutch and to improve Maori.

Paul enjoys teaching, though his job is increasingly busy with more responsibilities. The majority of his students get jobs in junior and senior high schools, but some are employed by early childhood education and primary schools. Teaching career has always been highly competitive, but now that baby boomers are retiring en masse, for the next five to ten years it will be easier for young people to get into teaching. 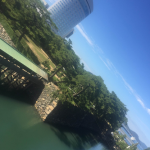 Paul enjoys living in Takamatsu. Takamatsu is a pleasant town and he goes everywhere by bicycle. He loves Seto Inland Sea, ‘similar to Coromandel or Hauraki Gulf’, but with so many little islands dotted around.  He showed me a book titled Setouchi Triennale 2016 Official Guidebook. Art festivals are a huge success, and attracting more than a million visitors. He also visited islands in other areas including Sadogashima in Niigata Prefecture and Yakushima, south of Kagoshima Prefecture.

Paul bought a house on the hill and indulges in his another hobby, gardening. He has a vege garden with 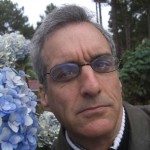 tomatoes, herbs, and daikon. Some of the trees are typical of an English garden, others include Kiwi fruit, manuka and flax from New Zealand, and Japanese trees such as maple. Paul believes that the Japanese appreciate seasons much more than kiwis do. He loves seafood and eats fish every day.

He quotes the Japanese saying, ‘Sumeba Miyako’. Literally translated as ‘where you live is your capital city’, it means ‘where you settle in is the best place to be’.