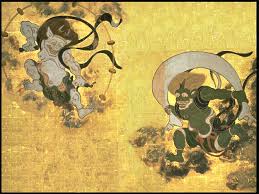 These are two characters you have most probably seen in images or at temples around Japan. They are both feared but respected Kami (Japanese Gods) due to Japan’s devastating history of Typhoons and storms. Raijin is the ruler of thunder, lightning and storms and his brother Fujin is god of the wind.

There is a thin line between Gods being good or evil in Japan, they can do amazing wonderful things but can also be unruly and mysterious. This is the case with these brothers, they are fearsome troublemakers but also play an important role in nature and the world. 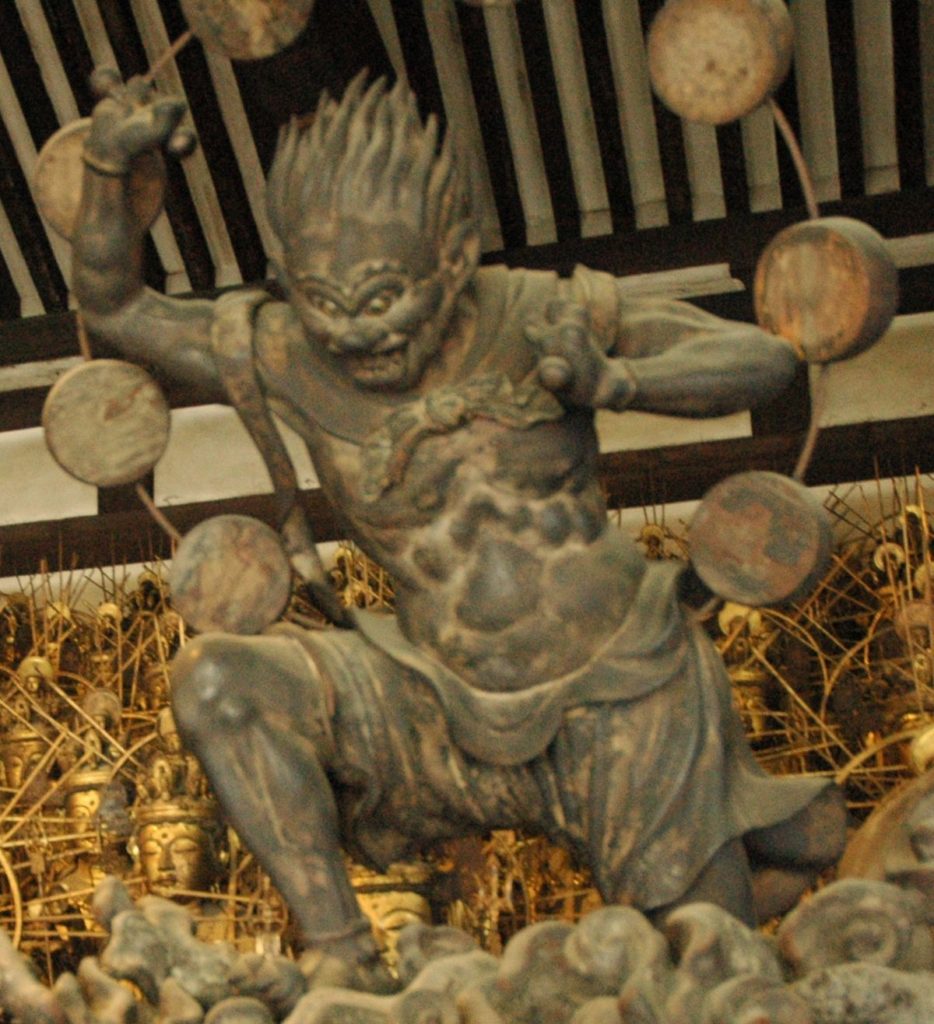 Raijin, also known as Kaminari-sama and Raiden-sama, He is one of the most feared deities of Japanese culture. In Japan, adults often tell children to cover their belly button when a storm approaches, because Raijin could eat it!

He is often represented with an expression on his face which allows him to release all his mighty power and brutal aggression. Like the Norse god Thor, he is armed with hammers with which he knocks on drums to create the sound of Thunder.

Most of the time, he is depicted with only three fingers on each hand. Each of the fingers representing the past, the present and the future. He often has red skin, which highlights his demonic character.

In dry seasons, the most faithful farmers pray to Raijin for rain and thunder. In addition to rains, lightning has a reputation for helping fertilize rice in Japan. The custom says that a field that has been struck by a lightning will offer a good harvest. 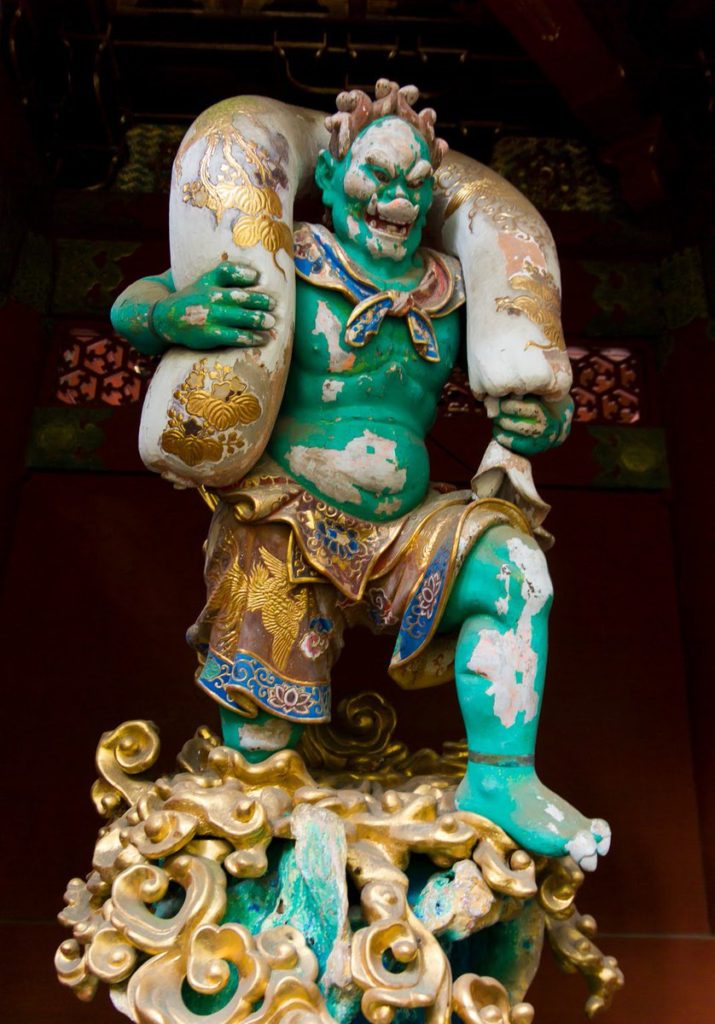 Fujin, also named Futen, is the Japanese god of the wind. He is often depicted with a large bag which contains the powerful winds that he distributes. His character is summed up by his outfit, which is made of a leopard skin. He has messy hair and a ruffled look, caused by the mighty gusts he lets out of his big pouch.

Unlike Raijin, Fujin has four fingers on each hand. Each of them represents the 4 points, north, south, east, and west. He is green in colour.

This god is especially important for the Japanese, who fear him especially for the typhoons he produces. But, Fujin is not only a threatening god since he is also seen as a saviour by the Japanese people.

In 1274 and 1281, he protected Japan from Mongol invasions by directly taking part in the conflict. Indeed, the fleet of the largest empire in the history of the world was struck twice by storms at sea, while it tried to put a foot on Japanese soil. Losing them the battle.

This divine intervention is called “Kamikaze”, the divine wind, by the locals. It was this event that gave the name to the suicide attacks committed by the Japanese special forces during the Second World War. This term has remained in the current language to describe similar sacrifices. 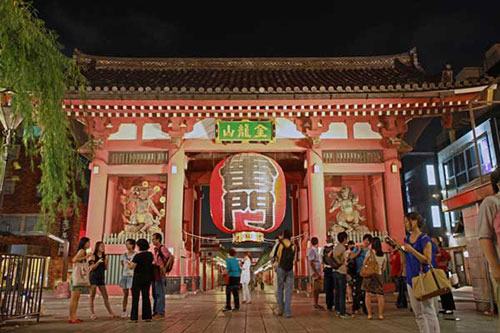 Although they are feared for their temper, both gods are often seen as protectors. That is why they are the guardians of many places of worship in Japan. Despite their rivalry for control of the sky, Raijin and Fujin are often represented together in Japanese traditional arts.

The best-known example is Sensoji Temple in Tokyo’s Asakusa neighbourhood. Indeed, their two gigantic statues guard the oldest temple of the Japanese capital city from its gateway, the famous Kaminarimon.