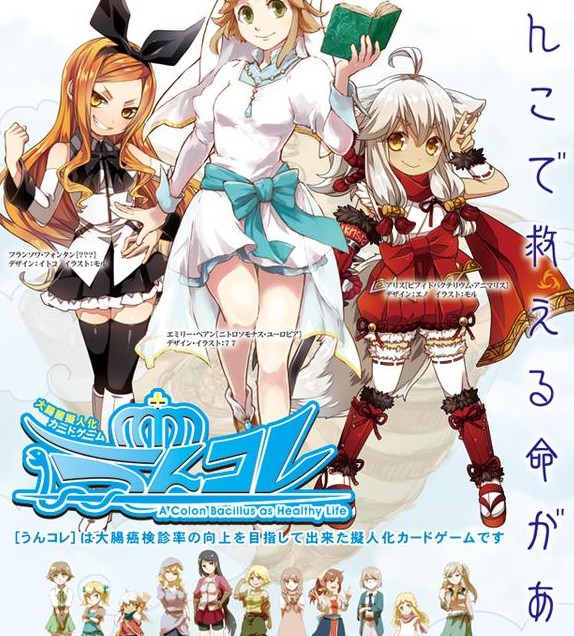 Stool tests are the most basic and common way to detect signs of colon cancer, which kills 40,000 people in Japan every year, according to the health ministry.

Their latest tool for teaching about these health topics is a spoof of anthropomorphic war ship phenomenon KanColle with spoof UnColle. Cute girl versions of intestinal bacteria and other anti-cancer agents will star in a card game.

According to a gastrointestinal surgeon, Ishii, who himself was diagnosed with ulcerative colitis, an inflammatory bowel disease, at age 15, poop is a key barometer of health. At 19, he had an operation to save his life with an artificial anus. About one year later, he took another operation to close that and returned to a normal life, which made him want to become a surgeon. When he become a surgeon, he had a chance to have an operation of colorectal cancer, however once he started it he found out there were innumerable cancers. So he launched this project to share the importance of checking stools every day by yourself in advance. 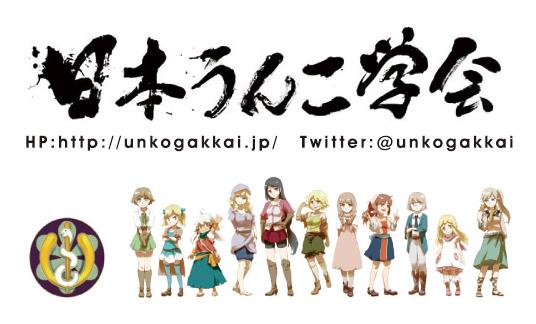 Taguchi, CEO of Unlog, a Tokyo-based information-technology venture that has developed the poop-logging app, said he wants to release an android app in the summer and an English-language version by the end of the year, adding that he eventually wants to link up with other companies to offer tips on food and other products tailored to each user’s needs. Poop apps targeting parents of young children and pet owners are also in the pipeline.