What is a Daruma Doll? 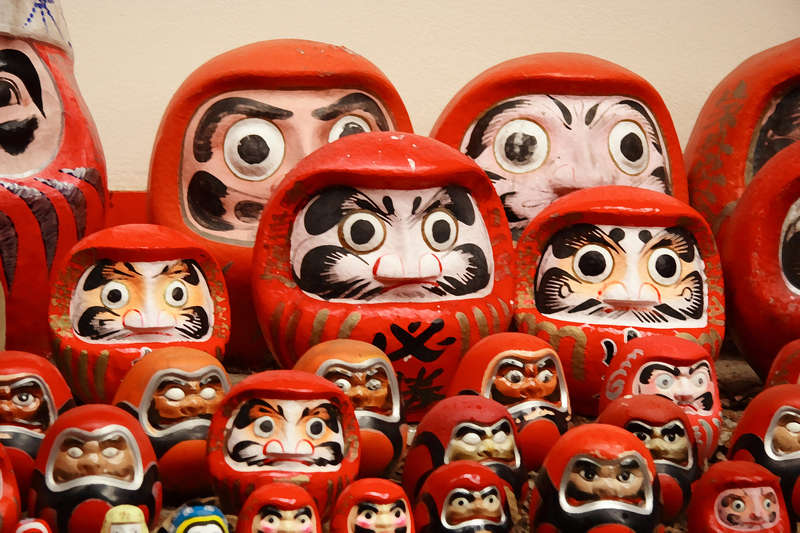 If you have visited Japan you most probably would have seen these round looking guys in temples or in gift shops. So what are they and what is the meaning of them?

Well they are called Daruma dolls!

It is a hollow, round, traditional Japanese doll modelled after Bodhidharma, the founder of the Zen sect of Buddhism. They are usually red in colour and are of similar design. Some people consider them as toys but they are designed to feature deep symbolism and are more than often regarded as a talisman for good luck and fortune. 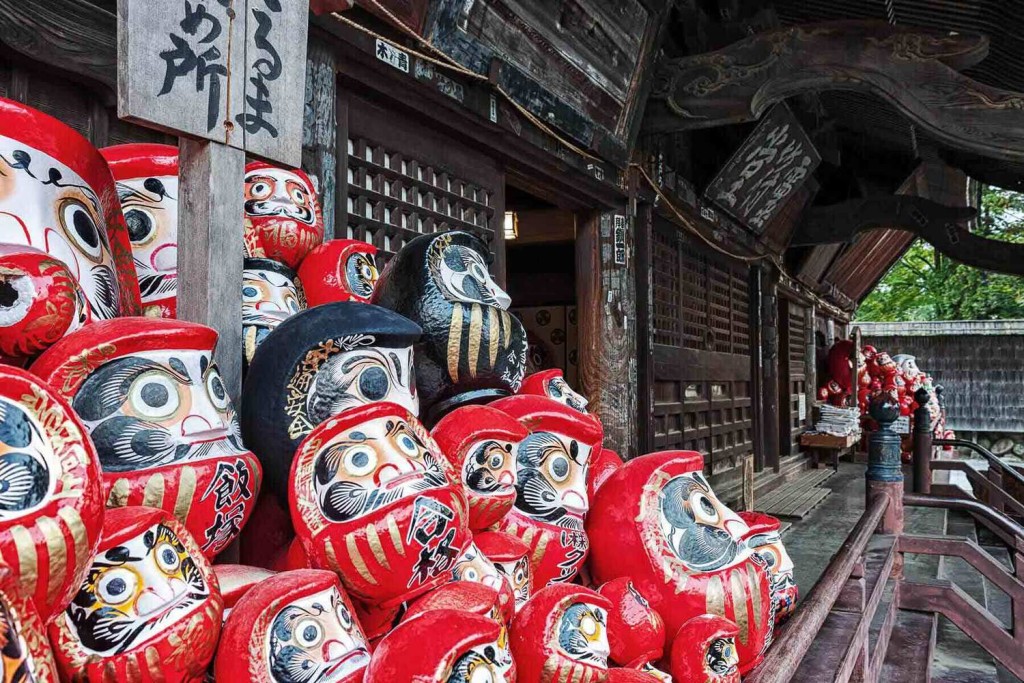 When purchased, the eyes are plain and white so a person can decide on a goal or wish and then they just paint one eye in. Once the goal is achieved, the second eye is filled in.  One explanation as to how this custom started says that in order to motivate Daruma-san to grant your wish, you promise to give him full sight once the goal is accomplished.

Daruma’s are still usually made of papier-mâché, have a round shape, are hollow and weighted at the bottom so that they will always return to an upright position when tilted over. In Japanese, this is called okiagari, meaning to get up (oki) and arise (agari). This characteristic has come to symbolize the ability to have success, overcome adversity, and recover from misfortune.

Though it is not certain, the origins of Daruma’s traditional red colouring probably came from the colour of priest’s robes. 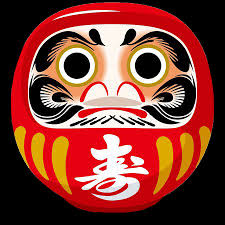 Daruma’s facial hair is a symbolic representation of the animals well known in Asian culture to embody longevity: the crane and the tortoise. The eyebrows are in the shape of a crane, while the cheek hair resembles the shell of the tortoise.

At the end of the year, all the Daruma are brought back to the temple they were purchased from for a traditional burning ceremony. This ceremony, called the Daruma Kuyō is held once a year, usually right after New Year’s Day.