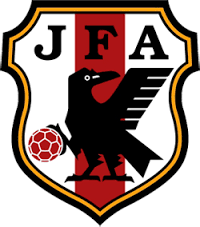 You may know the three legged crow as the symbol of Japans national football team as well as the Japanese Football Association but what are the origins of this strange creature.

From experience from visits to Japan I know crows are everywhere and they are very large and intelligent and can be quite intimidating, especially in parks and around castles where they form large flocks. But why a 3 legged crow?

The mention of Yatagarusu, the 3 legged crow is seen in a number of places in Shinto, it’s appearance is seen as evidence of the will of heaven or divine intervention in human affairs and is a mark of rebirth and rejuvenation (the crow has historically cleaned up after great battles symbolized the renaissance after such tragedy)

It first appears in mythology as a messenger sent by the sun goddess Amaterasu to guide Emperor Jimmu when he gets lost in hostile territory in Kumano on his way to Yamato.

Although no one is 100% sure, it is thought the 3 legs may represent the three ancient clans that dominated Kumano’s history. Or perhaps the three main virtues of the gods: chi (wisdom), jin (benevolence) and yuu (valor). Then again, the three legs may stand for heaven, earth and mankind. (As in the Taoist triad). 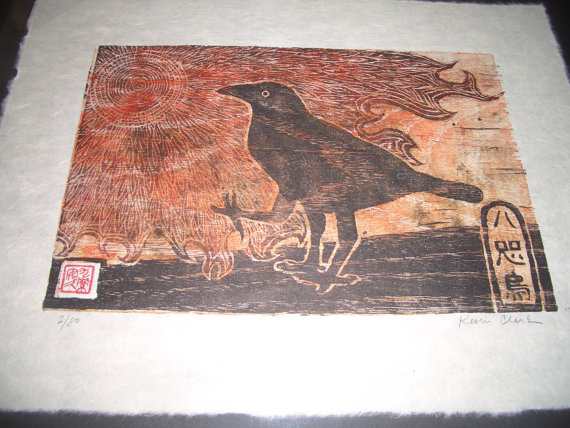 Legend points to the crow’s skill as a navigator, always able to find the way in unknown lands. Yatagarasu was said to have guided the emperor who had lost his way to the place.

The Japanese soccer association has adopted the crow as its mascot to make sure the ball finds its way into the goal. It is said that it will help those who are lost to find a path.