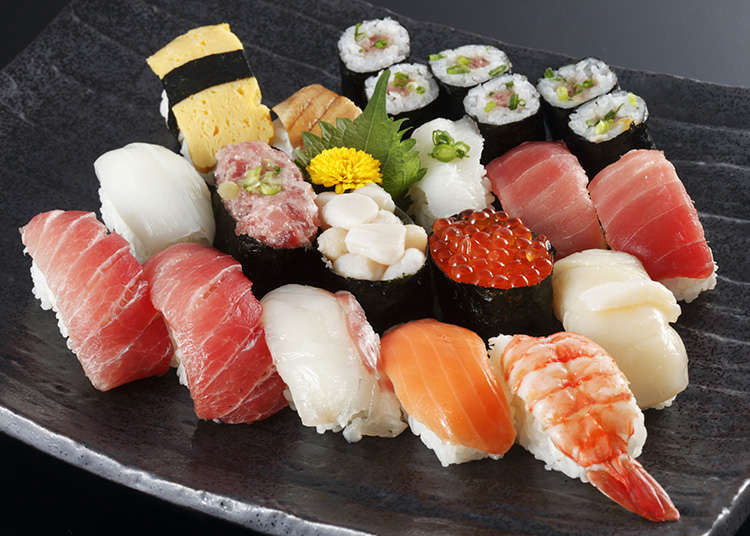 Like many of you, I love Japanese food and eat this tasty cuisine at least a couple of times a week. I was interested in finding out about some foods I haven’t tried yet so I searched the web and took myself on a food tour of Japan.

I looked at each of the different prefectures and chose some local specialty dishes that the region is famous for, or that I am most interested in and would love to try. This is just my opinion and you may know of other dishes that are more amazing or popular so please let me know your recommendations.

This article will be in a few posts as there are many Prefectures to look at so keep an eye out for the next part if you enjoy this. So, starting from the top of the country at the beautiful Hokkaido here we go.

Soup Curry – This dish has gained great popularity along with curry ramen. Japanese style curry combined with rich soup broth served with rice. The soup is loaded with fresh herbs, spices, and chunky vegetables. You can usually add various additional toppings and have the spice level to your own taste. 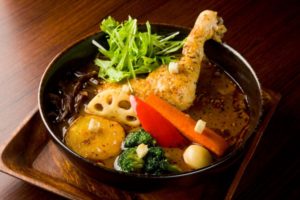 Ishikari Nabe – A hearty and rustic local hotpot dish served in a cast iron or clay pot. Originally a simple fisherman stew featuring miso-based broth, winter veges, salmon and tofu, a popular winter dish eaten at home a few times a week to beat the cold during those winter nights. 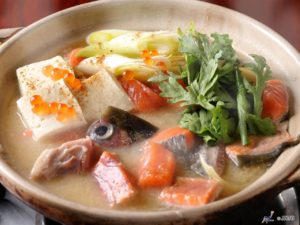 Imo mochi – A traditional and popular snack of mashed potatoes coated wit potato starch and fried till golden brown then coated with a sticky sweet and savoury soy saue and served with a knob of butter. Sometimes made with sweet potato or with added cheese. Would go perfect wiih a ice cold Sapporo beer. 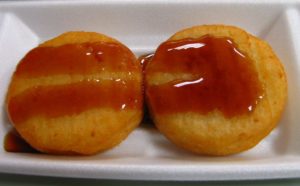 Jingisukan – ‘Genghis Khan’ is essentially a BBQ dish but is centered around lamb or mutton cooked over a helmet shaped round grill with various vegetables and dipped in a number of different sauces. It is pretty unique to Hokkaido especially Sapporo as Japan in general doesn’t use lamb in its cuisine. 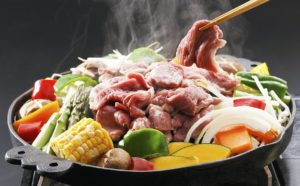 Senbei Jiru – A tasty soup made with both meat and fish plus plenty of mushrooms and other seasonal vegetables. It is local to the Hatchinohe region. The thing that makes this soup interesting is that it contains crunchy senbai rice crckers that when soaked in the soup become the texture similar to pasta or udon. It is a soup of very rich taste and texture. 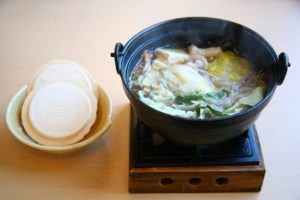 Igamenchi – A great izakaya snack made from chopped quid tentacles and fins with vegetables deep fried in a patty. Originally invented from the parts of the squid left over from making sushi as to not have ant waste. Pairs perfectly with sake and beer so is quite popular drinking snack. 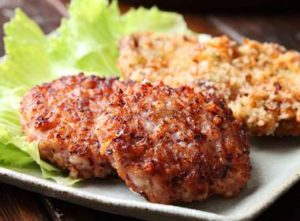 Kiritanpo – Akita is one of Japans top rice producing prefectures. Using locally grown rice this dish is a grilled local speciality of rice pounded in a cylinder shape and wrapped with fine bamboo. It can be eaten many ways, flavoured and eaten with miso, put in a stock and made into kiritanpo Nabe with burdock, parsley and mushroom. Some shops even cook on sticks over a open fire in front of you. 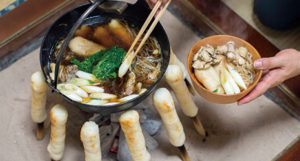 Inaniwa Udon – A thin type of noodlemade with flour, salt and starch then stretched out and cut by hand. It was created over 340 years ago when it was considered a luxury meal during the Edo period. Inaniwa udon is made by kneading, twisting and stretchin all by hand then finally drying creating a thin yet chewy and delicious noodle served with a dipping soup. 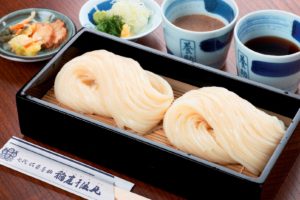 Wanko Soba – This noodle dish is unique, not in the way it is prepared but the way it is eaten. Fresh boiled soba is served in a small bowl with a couple of mouthfuls, doesn’t look like a lot but as soon as you are finished it is instantly replaced with a fresh bowl with the shout of ‘Hai dokkai. Janjan’ (OK, done, one more?) how many bowls can you eat? 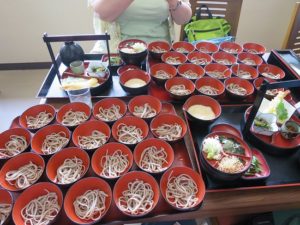 Kaisen-Don – With most of its eastern side facing the Pacific Ocean, Iwate is blessed with bounty from the sea, including sanma (Pacific saury fish), saba (mackerel), as well as squid, scallops, oysters, Umi, wakame seaweed, and hoya (sea squirt). To try a bit of everything the kaisen-don has a taste of some or all of the above. Or for the Uni lovers out there get a Uni Lunch Box from Kuji Station with a generous layer of fresh uni covering a bed of rice, get there quick because they only sell 20 portions a day. 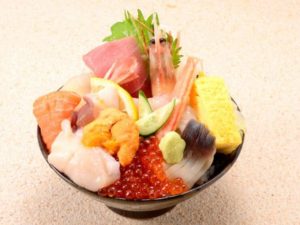 Imoni – A local traditional dish. The main ingredients are taro, beef, konjac and leek. It is cooked only using local produce including the fresh, delicious water from Yamagata and Yonezawa beef. It is predominantly an autumn dish when taro is in season and harvested. Around different regions they feature slightly different variations of the dish. 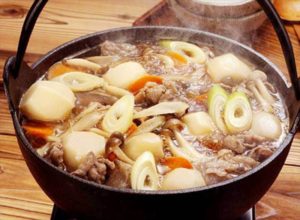 Hacchan-Yaki- This red bean pancake is legendary in Yamagata and each one is made by Hat-chan. Crisp on the edges and soft on the inside with the warm azuki paste at its heart. The azuki paste is hand ground each morning and the pancakes are sold out within the day so get there quick. 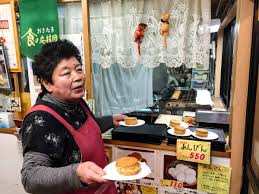 Harako-Meshi- Hit up the eastern beach town of Watari for their speciality salmon rice bowl topped with the most beautiful salmon roe and nori seaweed. The dish is so popular that shops at Sendai Station often switch out their pre-made bento to feature harakomeshi, it sometimes even outsells their famous beef tongue. 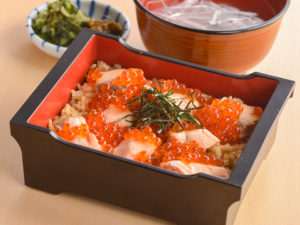 Matsushima Oysters- With most of Miyagi’s major towns and cities along the coast, seafood is a stable and signature dish in just about every town. The town is known for its all-you-can-eat oyster restaurants. For just 2000 yen, customers can enjoy a 40-minute stay to eat as many oysters as they can fit in their stomachs. Also try the wonderful kaki-don, most restaurants have their own take on this tasty rice bowl. 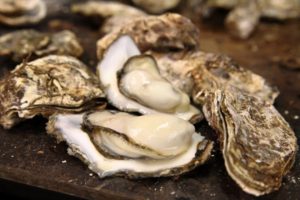 Kitakata Ramen- One of the most popular types of ramen throughout Japan. Kitakata noodles unlike regular ramen noodles are wavy, thick, flat, slippery, and slightly softer. Added to a soy-based broth (that varies from light to thick and rich depending on the shops own recipe) along with bamboo shoots, cured fish cake, and sliced pork. 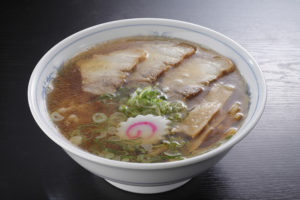 Kozuyu – A traditional dish that has been passed down from mother to child and from grandma to grandchild for generations. This Aizu dish is a must have menu item at ceremonial occasions and is made regularly in homes around the region. It is a stewed dish prepared with stock made from dried scallops and contains 7 different shellfish and vegetables which are boiled and seasoned with salt or soy sauce added for a light flavour. 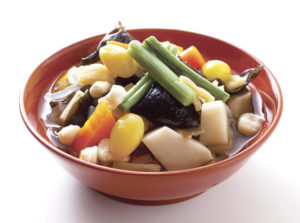