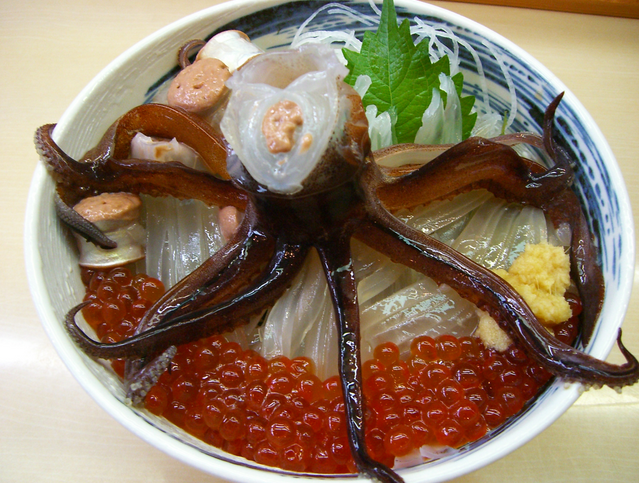 WARNING….don’t watch if you are squeamish

Donburi is a popular Japanese dish which consists of anything over rice and comes in many forms and with many toppings such as pork cutlet, beef or tempura vegetables to name a few.

But I have just discovered originally on YouTube this type of donburi from Hokkaido which is either entertaining or horrifying depending on your point of view.

‘Katsu Ika Odori-Don’ or Living squid dancing rice bowl is a dish that looks like any other rice bowl until you pour Soy sauce over the squid and it magically comes alive and moves around on top of your food for a final encore dance before you consume it.

Once the squid is beheaded it’s technically dead, but because it is so freshly dead the sodium in the soy sauce reacts with the squids muscles  and causes them to retract and move and making the squid look like its dancing atop your rice.

Some may find this squeamish but I’m sure it tastes amazing!

Check it out for yourself!