KFC’s Colonel Sanders…Maker of Chicken and a Cosplay King 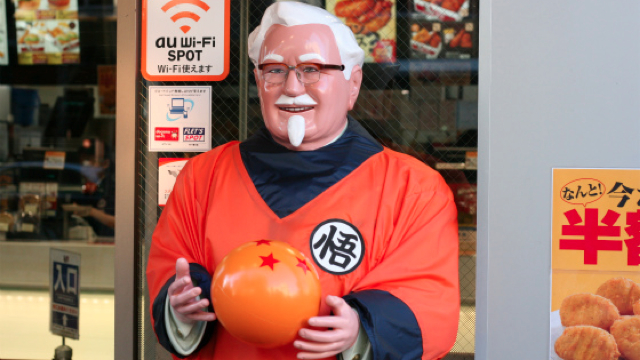 It’s a little known fact that Japan LOVES KFC, even more it could be said than their western friends. So much so that it is actually a tradition to eat it at Christmas and people have to order the meal weeks in advance to ensure they get their ‘finger licking good’ chicken.

This also means that the white haired and bearded founder and mascot Colonel Sanders is a celebrated celebrity and icon and the statues of him you see outside the stores are very sought after and loved.

The statues are so important that once a group of Hanshin Tigers baseball fans threw the statue into a river after winning the Championship Series, creating a curse that caused the team to lose 18 years straight. And if you think it’s just an urban legend, they excavated the statue from the river in 2009.

Since the days of the curse people tend to look after and love their statues more now and the public and store employees have turned the Colonel into not only the creator of the finest chicken but also a cosplay legend all around Japan…..Check him out………… 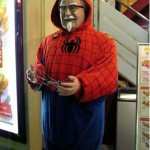 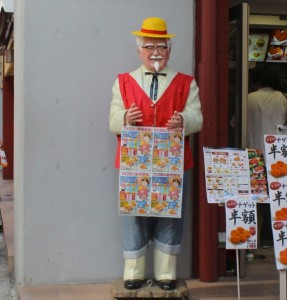 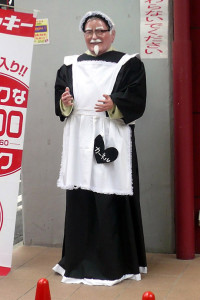 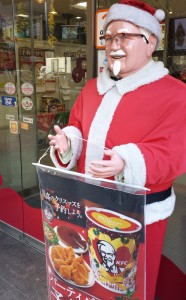 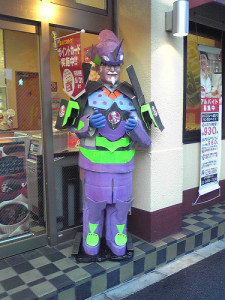 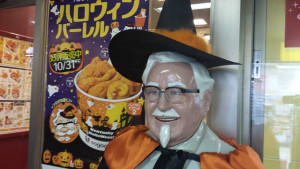