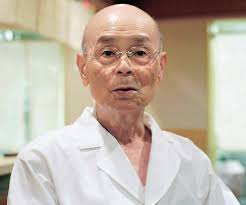 If you have seen the 2011 documentary movie ‘Jiro Dreams of Sushi’ you would defiantly know of Jiro Ono the owner of the 3 Michelin starred Sukiyabashi Jiro in Tokyo. He is credited as being the greatest sushi chef on the planet and his restaurant is recognised as the place to go for the best sushi. 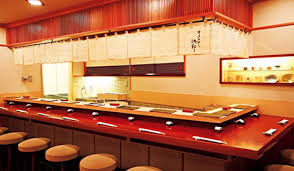 At the age of 92, his dedication towards making the best sushi is rock solid. Having started working in a restaurant at the age of seven, till date Ono leaves no stone unturned in his attempts to better his craft. Even after seven decades of professional cooking, Ono maintains his daily routine—rising early in the morning and doing the exact same thing as he did yesterday and the day before.

Jiro Ono was born on October 27, 1925 in the city of Tenryu (present-day Hamamatsu) in Shizuoka Prefecture, Japan and at the young age of seven, he started working at a local restaurant. Two years later, he left home for Tokyo to study as an apprentice.

In 1951, Jiro finally became a qualified sushi chef and he eventually opened his own restaurant in Ginza, Tokyo in 1965.

Despite being small and located out the way in an underground corridor near a Tokyo subway station, Sukiyabashi Jiro has rightfully earned its place on the culinary map. It seats not more than ten people and reservations of which are needed to be made at least 2-3 months in advance. 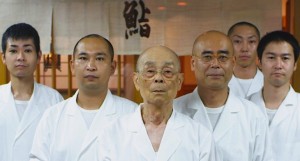 The shops appretices and even Jiro’s son must spend 10 years learning to use their knives before they’re allowed to cook even eggs. The goal? To become a shokunin, a skilled craftsman, someone who does the same exact thing every day to the highest possible level in the neverending pursuit of perfection.

At Ono’s Sukiyabashi Jiro, there is no menu as the dishes are selected by Ono himself and it depends what is available that day at the local fish market. A standard meal, roughly covering 20 courses, won’t come cheap though at the restaurant, the experiance costs anywhere from $300 to $400 per person. Some people have also said the meal can sometimes be as short as 30 minutes so it works out around $10 a minute! 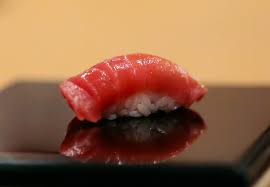 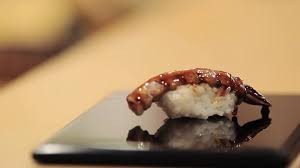 Over the course of his lifetime, Ono’s Sukiyabashi Jiro has become the finest and the greatest sushi restaurant in the world. It has three Michelin stars to its credit and a long list of loyal fans including current PM of Japan Shinzo Abe, former USA President Barack Obama, world-renowned chefs Joel Robuchon of Taillevent and Ferran Adria of El Bulli, and Hollywood bigwigs Tom Cruise and Hugh Jackman.