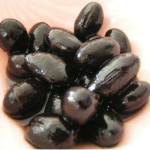 O-sechi is a special boxed cuisine prepared for the New Year’s celebration. It consists of two or three layers of boxes full of delicacies. There are certain ingredients and dishes to be cooked according to tradition. The meal is eaten on the morning of Ganjitsu, the first day of the year, with baked snapper and soup with rice cake, and with Sake, and on following days until they are all gone. 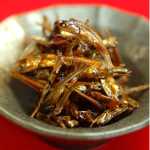 Traditionally O-sechi was prepared for two main reasons: To 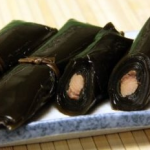 celebrate the New Year and to thank for the fact that there is abundance of good food to feed the family, and to let wives and mothers have some break from toiling over the stove day in and day out for the whole year. The downside of it is that they have to prepare a lot until the last day of the year. I remember my mother frantically cooking various dishes, until my father called at 9pm on the New Years Eve, “Stop cooking, it’s time to watch Kohaku Uta Gassen!” (The NHK programme of singers in male and female team competing against each other). 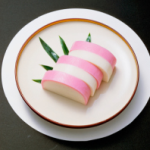 These days preparing O-sechi is too much hassle for busy 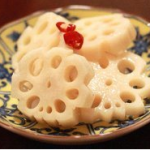 women. I bought a lot of readymade ingredients prepacked from supermarkets. Department stores and famous restaurants sell fancy sets and many families order them to be delivered, either vacuum packed or frozen. They are supposed to be healthier than traditional ones, as they were full of salt and sugar to make them keep for days. 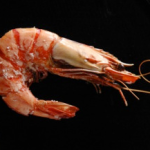