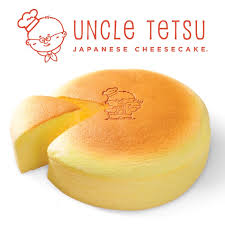 Uncle Tetsu Cheesecake has finally arrived in New Zealand, the new store opened on Queen Street in Auckland CBD a couple of weeks ago and people have been lining up for upwards of an hour to try his famous delicious cheesecakes.

The cheesecake is so light and fluffy that it actually wobbles. The cheesecakes are steam baked fresh daily from premium ingredients and they smell divine straight from the oven. 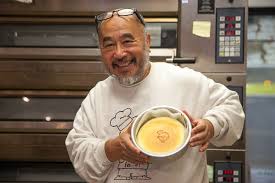 The actual Tetsu San was there to open the Auckland store to huge crowds and he is happy to have opened in yet another country. Currently he has cheesecake shops everywhere from Japan, Thailand, China, Canada, UAE, USA and Australia to name but a few.

Uncle Tetsu started working with desserts from a young age in his families business and has owned a number of different stores but it wasn’t until around 1985 he opened his first Uncle Tetsu Cheesecake on Oyafukou Street in Kakata, Japan. He hasn’t looked back since.

Go try it for yourself, you might have to queue for a while but it is definatly worth the wait!