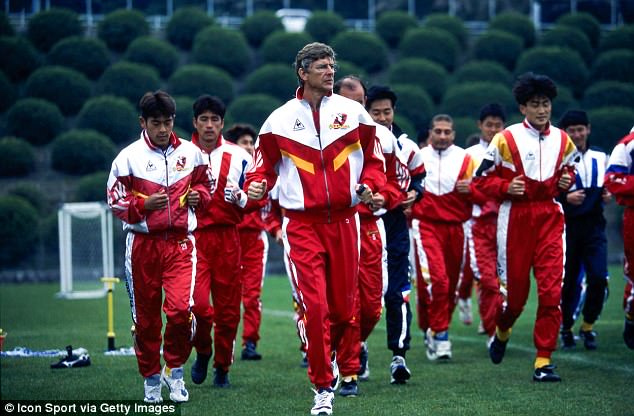 This week Arsene Wenger announced that he would be stepping down as Arsenal’s manager in the English Premier League after 21 years in charge. During his spell he won 3 league titles and 7 FA cups and produced some memorable moments including leading the ‘invincibles’ through an unbeaten season. 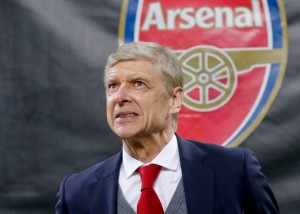 Before this however if you go back before this Mr Wenger had a 18 month spell in Japan managing Nagoya Grampus Eight from 1994-96.

After a 7 year stint managing in his homeland with Monaco he was dismissed after a poor run of form and was wanted by a number of top European clubs.

During work with FIFA, footballs governing body he made a speech to representatives of emerging footballing nations where he caught the eye of Japanese delegates, who had invested millions getting the new J League up and running to help with the World Cup bid in 2002.

Wenger was eventually approached by Toyota, a major shareholder of Grampus Eight and was offered the managerial role at the club. After 2 months of talks and advice from his friends and relatives he finally signed a 2 year deal worth around Y75m annually in December of 1994. Signing just after the legendary Gary Lineker retired at the club. 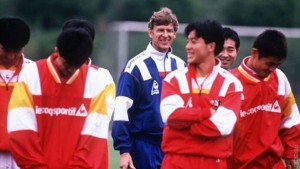 His first season in charge started in March 1995 which gave him chance to assemble his backroom staff and new squad members. The team had finished bottom of the table the previous season so he needed to work fast.

After a bad start to the season he started to find his managerial style and worked with the players and questioned their desire, all the while pushing them to think for themselves and work for each other. This tactic worked and the team went on a run of winning 17 of the following 27 games to finish as runners up in the league and Wenger picked up the manager of the year award for his achievement and Stojkovic, the player who Wenger helped improve the most picked up the leagues player of the season award.

In the following January the team won their first silverware beating Sanfrecce Horoshima 2-0 to win the Emperors Cup and just 2 months later they won the Super Cup beating Yokohama Marinos 2-0. 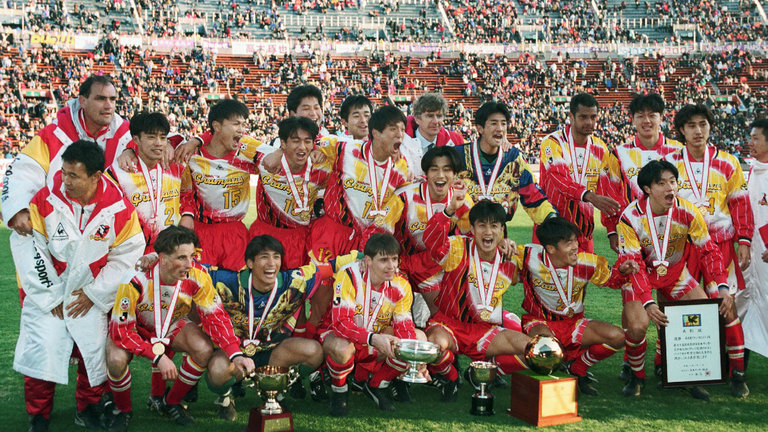 Nagoya’s status in Japan was on the up and Arsene Wenger’s stock was up as he received endless amounts of praise and idolisation in Japan and he was starting to get noticed in the rest of the world with European teams starting to look at the charismatic Frenchman.

He was eventually approached by Arsenal who had their eye on him since his Monaco days and he managed his final game in Japan in August 1996 where he addressed the Nagoya fans and said his farewells in Japanese. As we all know he went on for a very healthy long career at Arsenal and where he goes next, who knows? There have been rumours about the Japanese national job. Only time will tell.

Wenger still speaks fondly of his time in Japan and credits the country for improving his temperament and rediscovering his passion for the game. He said about his time in Japan – ‘‘I realized that football was what I enjoyed, the rest was just people’s opinions. So since I came back with Arsenal I take the same approach. I concentrate on football, on training the team. I can be happy doing that.’’

Good luck for the future Arsene Wenger. You are a legend of the game.