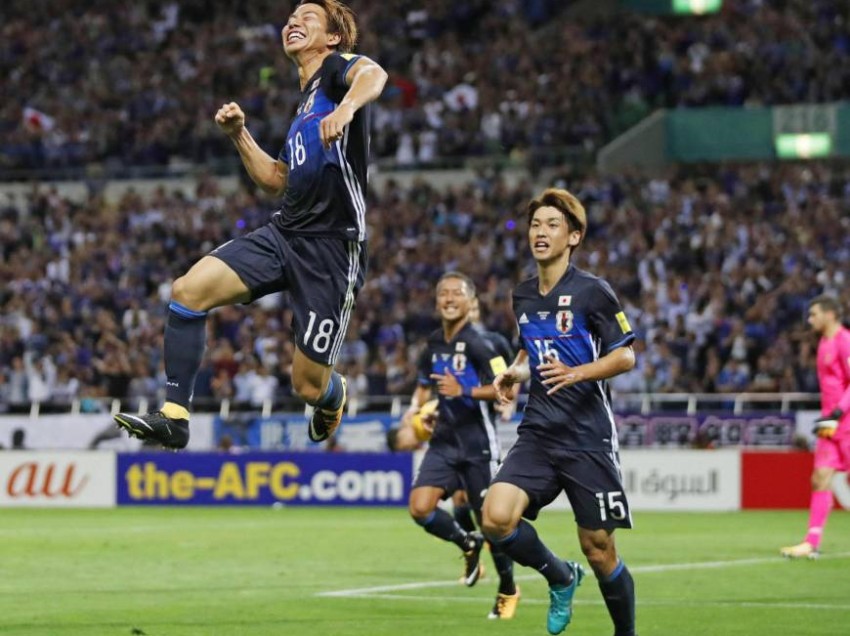 The Samurai Blue have booked their spot in next year’s FIFA World cup tournament, hosted by Russia, with a well-earned 2-0 victory over Australia at the Saitama Stadium in front of 59,492 fans.

Goals from youngsters Takumo Asano and Yosuke Ideguchi gave Japan their first ever victory over Australia in the history of WC qualifying.  Both players repaid Coach Vahid Halilhodzic’s decision to include them in the starting eleven scoring either side of half time.

Asano volleyed home a Yuto Nagatomo cross to give Japan the lead in the 41st minute, before Ideguchi made the game safe with a scorching shot from the edge of the box with eight minutes left to play putting Japan into their 6th consecutive World Cup. 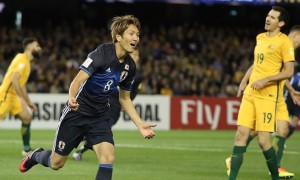 Japan are now guaranteed top spot in Qualfying Group B with just one fixture remaining, an away trip to face Saudi Arabia in Jeddah on September 5th. Two teams automatically qualify from the group with both Australia and Saudi Arabia fighting for the final spot going into the final round of games both locked on equal points.

Japan became the fourth team to qualify for Russia 2018 after the host nation, Brazil and Iran, and manager Vahid Halilhodzic was relieved to finish the job having started the final round of qualifiers with a home defeat to the United Arab Emirates.

“This is for all of Japan,” said the Bosnian, who took over from Javier Aguirre shortly before the qualifying campaign began. “Thank you for supporting us — you are fantastic. We are so proud of you.”