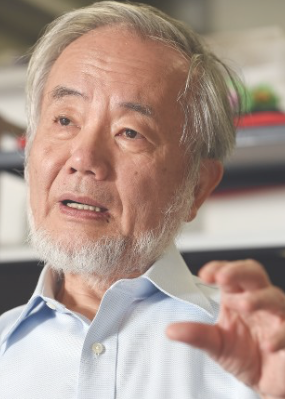 It is exciting that yet another Japanese scientist received a Nobel Prize. Dr. Ohsumi said that it has been his dream since he was a boy. (I confess it was mine, too!) I found the reason for his trademark beard interesting, which was ‘because he looked way too young’ before traveling to the US.