Warau Salesman back for 2017 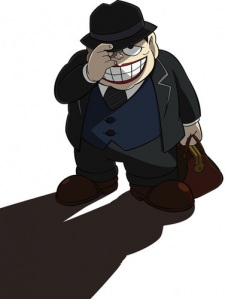 ‘’My name is Fukuzou Moguro, and people call me the Laughing Salesman. I am no ordinary salesman. The merchandise I sell is the human soul itself. Hooo-ho-ho-ho… All people in this world, young and old, male and female, are lonely. I am here to fill the emptiness in all of their souls. No, I won’t accept a single coin in return. As long as my customer is satisfied, that’s all the payment I need. Now, I wonder what sort of customer I’ll serve today… Hooo-ho-ho-ho-ho…’’

Warau Salesman is back in a new anime based on the original character first seen in the late 1960s as a manga then in a 103 episode anime running from October 17, 1989 to March 24, 1992 which was written by Yasuo Tanami. 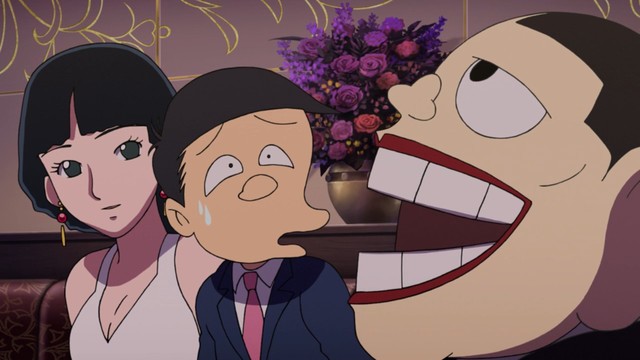 In a society filled with people who do whatever with their lives, there are some who struggle with it or never achieved their goals. The story focuses on individuals who meet a shadowy and ominous salesman, Moguro Fukuzou, who promises them a better life if they follow his advice. He hands them a business card and often meets them later at a bar. However, the clients that Moguro meet often cheat and go against his advice, refuse to rely on his help, or worse – deny that they received assistance at all. When this invariably happens, Monguro punishes his clients by using their reliance on his aid against them……BOOOOOOOOOOOOOOOOOOM!

With their lives ruined, he is satisfied with his job and looks for more potential clients. 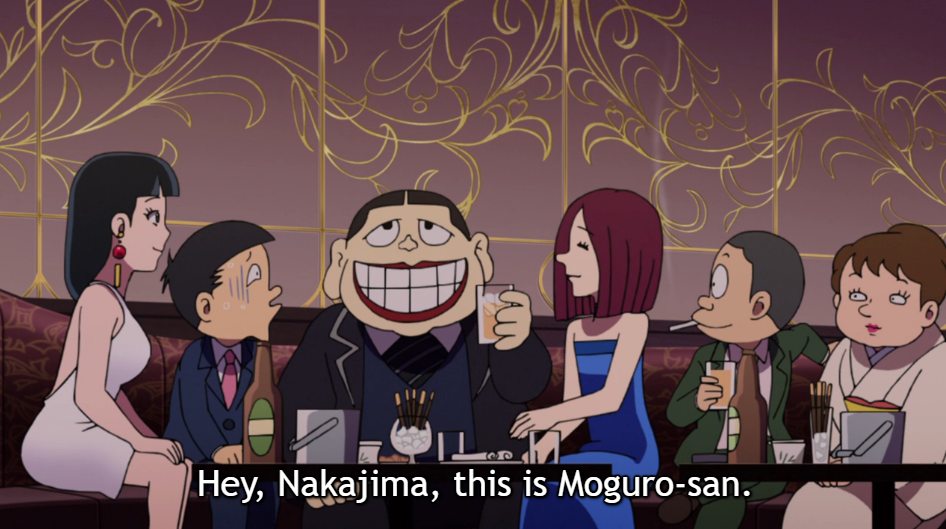 Each episode only runs for around 10 minutes and each one is an individual story. His clients are usually stressed out workers or people who are bored of their lives and he offers them a way out of their problems and a word of advice on what they must do to keep the happiness but greed takes over and bad things begin to happen.

It basically shows that people want something good but when they get it, they want more. It’s a comical way of looking at morals.

I find Moguro Fukuzou hilarious and the opening song by Nakamura Emi is very catchy so if you’re a fan of anime and want something different give it a go.