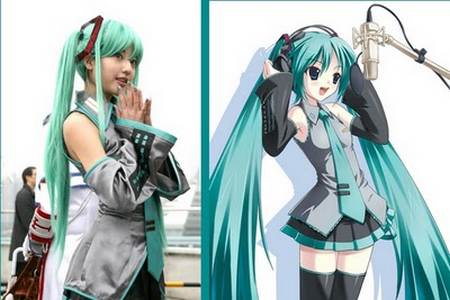 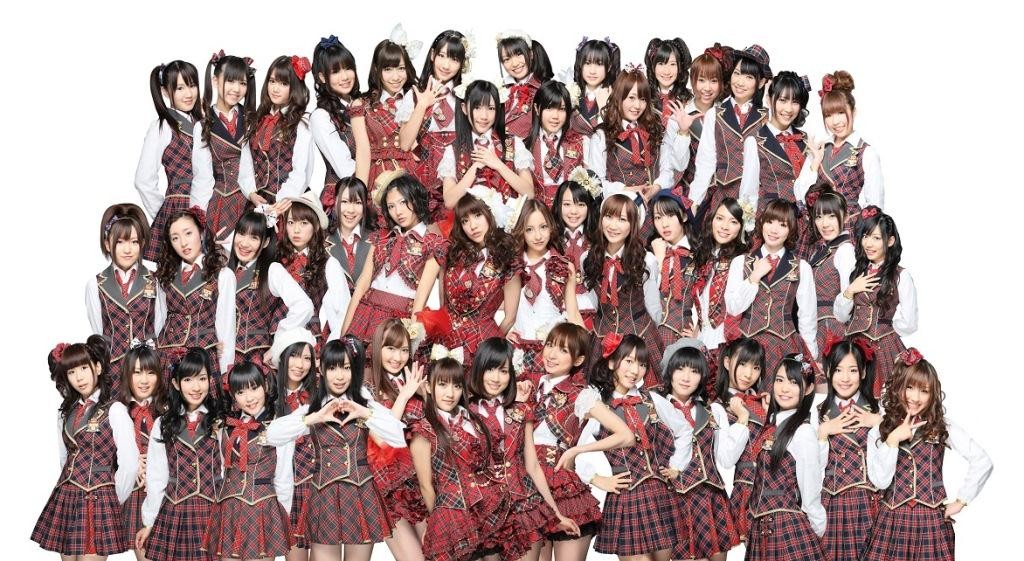 AKB48 was founded in 2005 named after the Akihabara (Akiba) area of Tokyo and its original roster of 48 members under the concept of ‘Idols you can meet’. The group’s producer Yasushi Akimoto wanted to form a girl group with its own theatre with daily performances and where fans could always see them live on a daily basis.
The group’s style can be characterized as bubble-gum pop with synchronised choreographed dance moves.
The group currently has over 140 members that are divided into different teams or groups. Special events include polls and ballots to decide the line-ups for their next single release. Fans have to buy the group’s latest ‘election single’ to vote and whoever gets the most votes will feature in the next single and be heavily promoted, the member with the top vote becomes centre stage at the live performances and in the videos. Intense stuff! The girls get very, very emotional and you could fill a bath with the amount of tears shed.
The current group have sold over 30 Million records and is one of the highest earning performers in Japan.

Battle Royale
42 students, 3 days, 1 survivor, no rules. Welcome to Battle Royale. Released in the year 2000, Batoru Rowaiaru is a Japanese movie based on a novel of the same name. A class of ninth-grade students are taken to a deserted island by a government legislation made to curb the tide of juvenile disobedience that is happening throughout the country. Each pupil is given a bag with a randomly selected weapon (anything from guns, knives to useless things like pots or a boomerang) and forced to fight to the death over 3 days until one survives…..or they all die. The students are forced to wear a collar that explodes if any of the very few rules are broken.
One of my favourite movies and defiantly worth a watch if you haven’t seen. Just imagine a more violent and intense Japanese version of The Hunger Games and you have Battle Royale.

Literally meaning costume play, Cosplay is a where geeks and fans of Anime, movie and games dress up as their favourite characters wearing costumes and accessories to bring the character to life. Cosplayers go to great effort and detail to become that character. Cosplayers interact with each other and have created their own sub-culture and is huge in Japan, and also world-wide. There are special conventions, competitions and events where people meet and share their love of geekiness. Its great fun and fans enjoy having their photo taken with their favourite fictional character.
There are even professional Cosplayers, known as Cosplay idols, these people are seen by fans as actual fictional characters much like actors are identified by their roles in film. One of the most the most popular being Yaya Han.

COMING SOON D through to F……..